Like many, I love Vermont. But I’m not crazy about getting there.

From my home to Burlington is about 300 miles. By car, that’s at least five hours and about $50 in gas roundtrip. Flying may seem quicker, but with the airport drive it’s not much faster and will set you back about $250.

But there’s another alternative: Amtrak.

There are actually three trains a day that will take you to (or close to) Vermont:

THE VERMONTER: Your best choice, this train runs daily from Washington, D.C. to St. Albans, Vermont (right next to Burlington), coming through Stamford at about noontime each day.

It also stops in Bridgeport and New Haven before heading up the Connecticut River Valley to Vermont stops in Brattleboro, Windsor, Montpelier, Waterbury (Stowe) and Essex Junction (Burlington), to name but a few.

It’s not the fastest run (Stamford to Essex Junction is 8 hours), but it’s certainly beautiful and relaxing. A frustrating reverse move at Palmer, Massachusetts, has been eliminated with new tracks, shaving an hour off the run. The newly refurbished Amfleet seats in coach are comfy.

There’s also business class seating (for a premium). The AmFood is tasty. The crew is great — and there’s even free WiFi. Despite the many stops, the train hits 80 mph in many stretches on smooth, welded rails. And the views of fall foliage can’t be beat.

And remember: Amtrak runs in any kind of weather, so if you’re thinking of skiing this winter when there’s a blizzard and its 20 below zero, the train will get you there when airports and highways are closed. 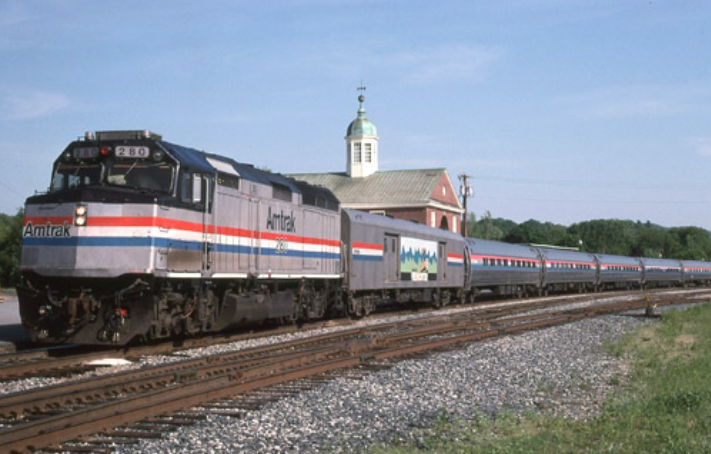 The Vermonter at White River Junction station in June 1996

THE ETHAN ALLEN EXPRESS: If you’re heading to Rutland, Vermont on the western side of the state, this is your train. Originating at New York City’s Penn Station mid-afternoon, this train bypasses Connecticut and shoots up the Hudson Valley, arriving in Rutland just before 8 p.m. with stops in Saratoga Springs and Glens Falls, New York and Castleton, Vermont. There’s even a bus connection to Killington.

For Connecticut residents, the best strategy is to catch this train at Croton-Harmon (in Westchester County) where there’s plenty of paid parking available. The hope is that the Ethan Allen may be extended from Rutland north to Burlington in the coming years. And maybe from there to Montreal.

It offers the same kind of Amfleet cars, coach and business, AmCafé and free WiFi.

THE ADIRONDACK: This daily train from New York’s Penn Station to Montreal doesn’t go through Vermont, but it used to get you close — if you didn’t mind a ferry boat ride. It’s not running again (yet) due to COVID, but there are hopes for its return before the new year.

It offered the same kind of seating, WiFi etc, but on this train you’re traveling with a much more international crowd of Quebecois. Alas, no poutine on the AmMenu. And until a few years ago they even ran a special dome car several days a week for the gorgeous scenery north of Albany. 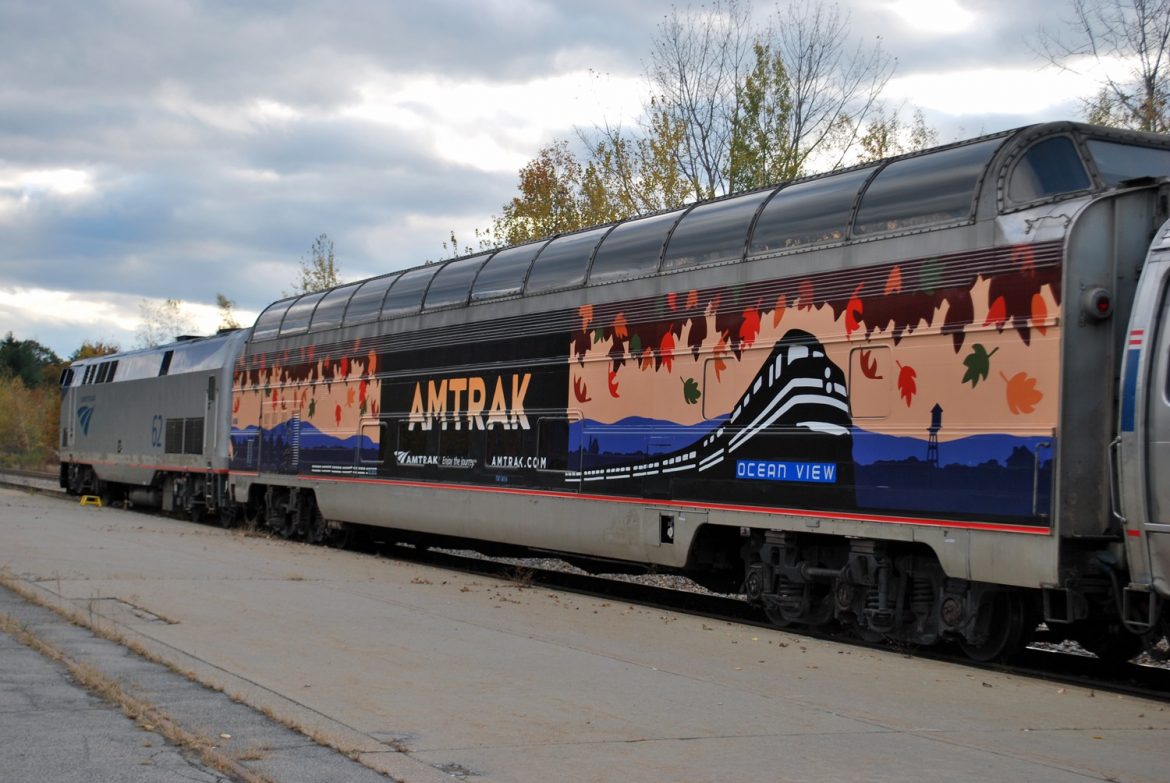 Thanks to state subsidies and increasing ridership, fares on all of these Amtrak are very affordable: on The Vermonter, Stamford to Burlington (booked in advance) is just $69 one-way and kids are half-price.

So if you’re planning a vacation in the Green Mountain state, remember that getting there can be half the fun if you leave the driving to Amtrak — the “green” way to travel.

Jim Cameron, a Darien resident for more than 25 years, is the founder of the Commuter Action Group, sits on the Merritt Parkway Conservancy board, serves on the Darien RTM and is program director for Darien TV79. Opinions expressed in this syndicated column are his own, not necessarily those of Darienite.com. You can reach him at CommuterActionGroup@gmail.com.