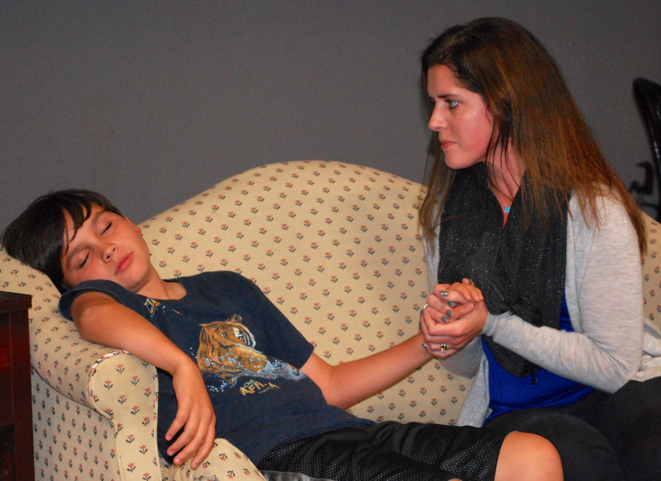 Darien residents Jake Smith and Nova Hall rehearse for the DAC Stage production of The Nerd.

The Darien Arts Center Stage fall season is underway as it prepares for its production of The Nerd by Larry Shue.

The comedy begins its 3-week run on weekends in November, and ready to bring the audience to its knees laughing, are both cast and crew that include local talent from Darien and surrounding areas.
___________

— This announcement is from the Darien Arts Center.

The Nerd is based on the hilarious dilemma of a young architect and landlord, Willum Cubbert, who is visited by a man he’s never met, but saved his life in Vietnam. The visitor turns out to be an incredibly inept, hopelessly stupid “nerd” who outstays his welcome with a vengeance. 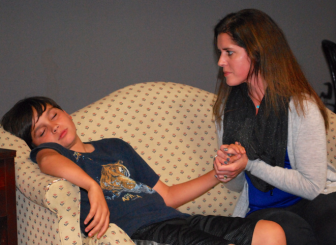 Darien residents Jake Smith and Nova Hall rehearse for the DAC Stage production of “The Nerd.”

Darien resident Nova Hall is cast in the role of Tansy McGinnis, love interest of Willum. Hall reignited her acting flame, shortly after moving to town from New York City, when she met Autumn Howard, producer of The Nerd and fellow Darien mom.

The youngest member of the cast is another resident of Darien, 12-year-old Jake Smith, who currently attends Middlesex Middle School. Jake is thoroughly enjoying his role as Thor Walgrave, a temperamental and irrepressible monster of a child, son of Willum’s clients, Warnock and Clelia Waldgrave.

Longtime DAC Stage actress Deborah Burke joins the cast as Clelia, Thor’s mom, with Scott Faubel as his dad. Burke, a resident of Stamford, is no stranger to the stage at the Arts Center, having had roles in Come Back to the Five & Dime, Jimmy Dean, Jimmy Dean, The Dinner Party, Laughter on the 23rd Floor and The Case of the Curious Condiment.

Fellow Stamford resident Roger Dykeman, plays Rick Steadman, the tactless, insensitive and aggravating nerd. Dykeman’s recent roles include Commander Walter Stone in A Few Good Men with the Bridgeport Theater Company, and Junior Turpin in Dearly Departed and Mr. Pate in A Time to Kill with the Town Players of New Canaan.

Coming to DAC Stage fresh from a Westport Community Theatre production of They’re Playing Our Song, is Norris Wakefield of Norwalk, playing the part of Willum Cubbert.

David Ryan is cast as Axel Hammond, the wisecracking roommate of Tansy. He has appeared regionally with Lawn Chair Theatre as Paris in Romeo and Juliet, Biondello in Taming of the Shrew and Sebastian in The Tempest.

This DAC Stage production is directed by Bob Johnson, who recently directed critically acclaimed productions at the Westport Community Theater including Frost/Nixon, Requiem For a Heavyweight, and Glengarry Glen Ross. Johnson is a teacher, drama advisor, and director at Westhill High School in Stamford.