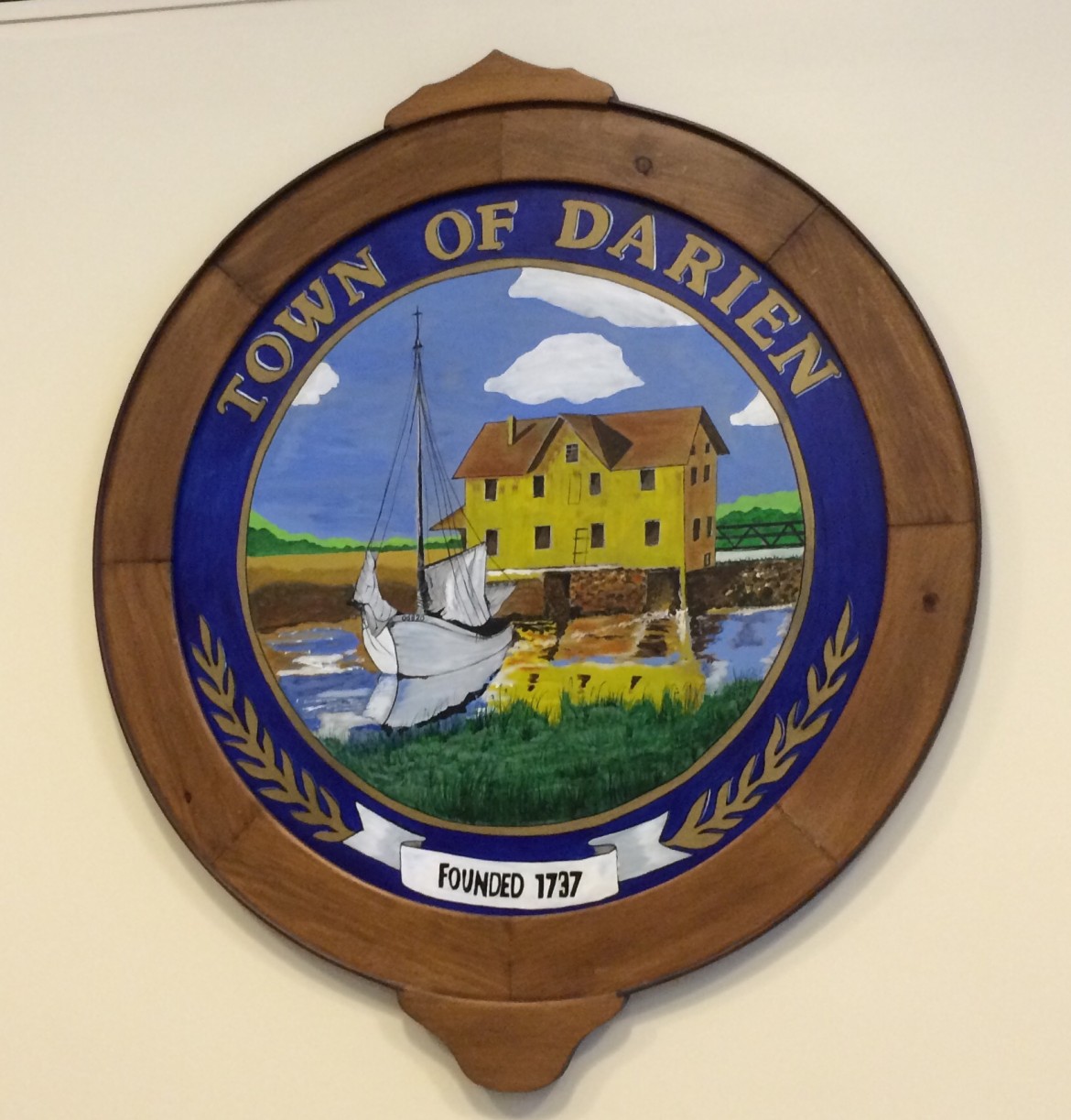 The town seal. Now a another logo for the town — for its bicentennial — is needed.

Darien’s town seal has an image of Gorham’s Mill at Gorham Pond (on the west side of Ring’s End Road where it now crosses the pond), and most versions of the image deviate very little from the original painting by John Stobart.

As the town website puts it: “A painting by John Stobart of Gorham’s Mill at Gorham’s Pond depicts the present town seal. The grist mill was originally constructed in 1708 by Richard Scofield and called Scofield’s Mill. […]”

Versions of the Darien seal on town vehicles follow Stobart’s depiction, although they’re simplified. We have several pictures attached to this article of the town seal as shown on various town police articles of clothing and vehicles.

Then there’s the whimsical version on a wall at Trader Joe’s in Darien (a wall that would go down as the store expands in that direction, taking over some of the space now occupied by Orvis — at least the Planning & Zoning Commission has given approval for the expansion) … 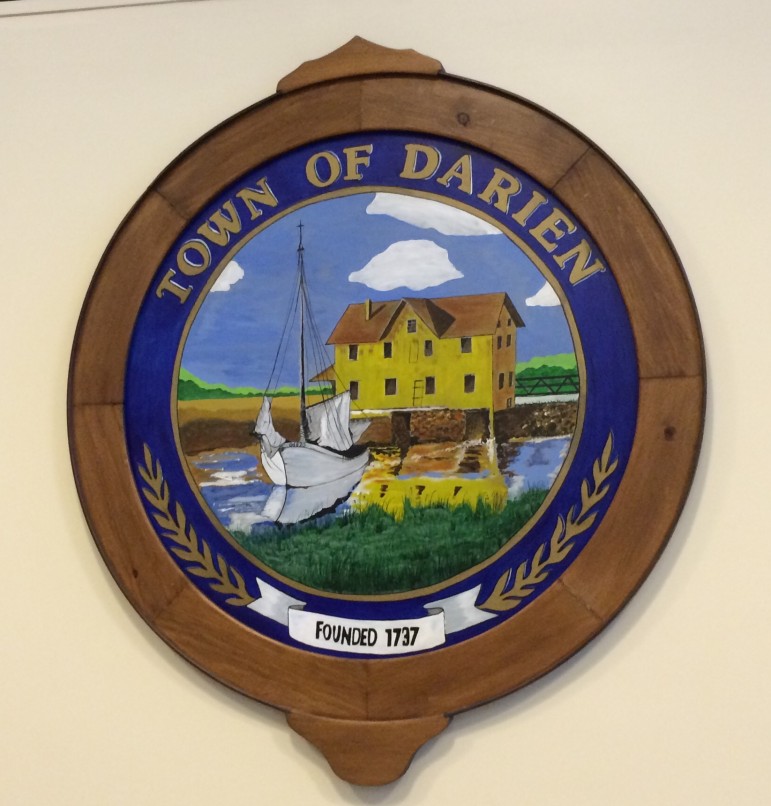 The town seal. Now a another logo for the town — for its bicentennial — is needed. 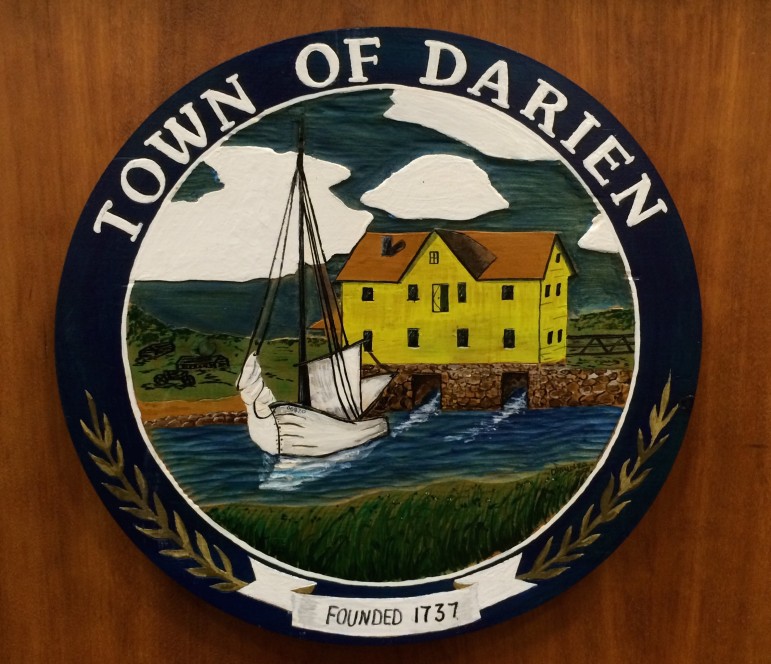 The version on the lectern in Town Hall Auditorium, speakers at Representative Town Meeting sessions stand behind this version, essentially identical to the one in Room 206.

Another seal on another police shoulder patch. 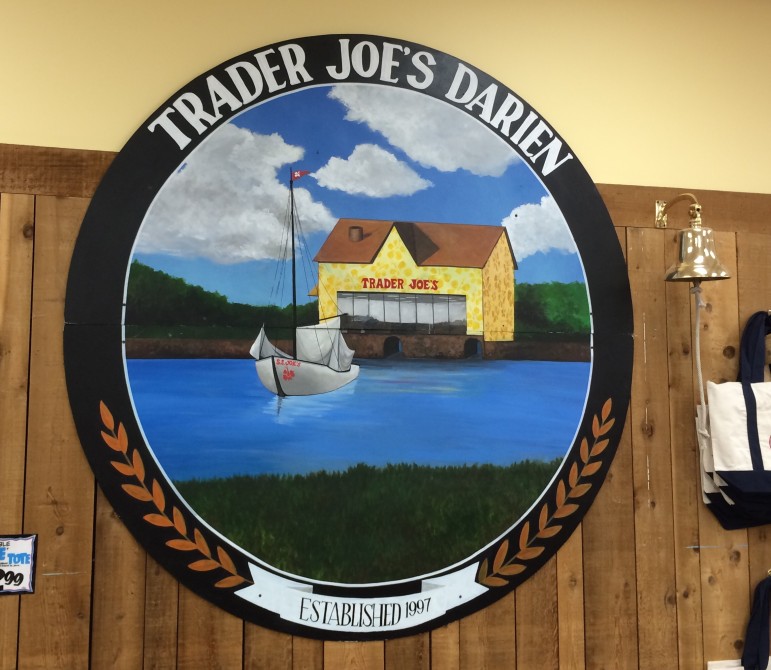 Trader Joe's version, with Trader Joe's front and center. And can you see the name on the boat?