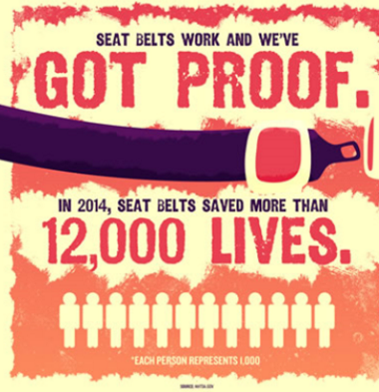 Darien police will be on the lookout for drivers not obeying seat belt laws during the 2017 national “Click It or Ticket” enforcement campaign from Monday, May 22 through Sunday, June 4. 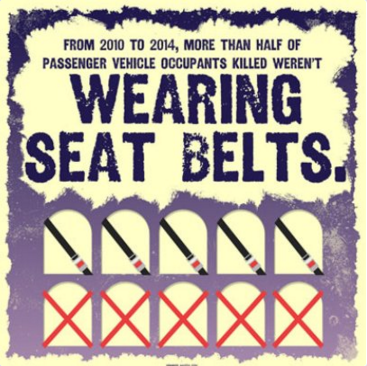 The department will be joining hundreds of other law enforcement agencies across the country during the two-week period.

Here’s part of a statement about the campaign from the Connecticut Department of Transportation:

With the Memorial Day weekend coming upon us, Connecticut’s law enforcement agencies intend to promote safe driving and increase the protection of all motorists. Law enforcement officials are out on Connecticut’s roads enforcing the State Occupant Protection laws and issuing citations to those who are unbuckled.”

In real life you don’t get a second chance” Click It or Ticket! […]

Seat Belt Law Regulations and What the Fines Are

The No. 1 cause of death for children and teens in the United States is traffic crashes! Statistics show an average of 1 fatality every 14 minutes and 1 injury every 13 seconds due to car crashes in this country.

Statistics also show that vehicle passengers have a 77 percent chance of surviving a fatal car crash if they are properly seat belted.

Buckle Up, the life that is saved may be yours, or your child’s!

The Life Saved Could Be Yours

We’re all excited about the potential for automated vehicles to help prevent crashes and save lives. They promise a far safer future on our roads. But what about safer driving today? There are loads of new safety features that help make crashes avoidable and more survivable. 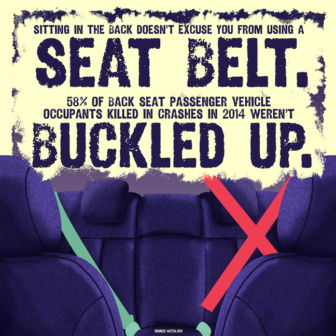 But there’s one technology in today’s cars and trucks that is central to safe driving: the seat belt.

You might not think of seat belts as a safety technology, but they’re the foundation of safer driving. In 2015 alone, seat belts saved 13,941 lives. However, 2,804 additional lives could have been saved if everyone had buckled up. That’s why NHTSA remains committed to convincing every American to always buckle up. 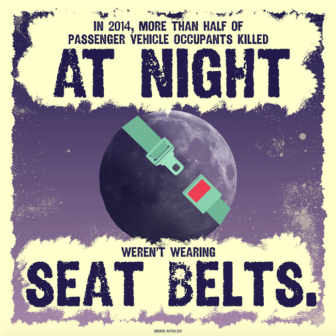 Thanks to a combination of the enforcement of seat belt laws and public awareness campaigns, seat belt use reached a record high of 90 percent in 2016, up from about 83 percent a decade ago.

That’s progress — but it also means that every day, millions of people needlessly put their lives at risk because they don’t buckle up.

Our annual Click It or Ticket national mobilization is one of our best tools for increasing awareness and belt use.

This year, it starts on May 15 with advertising that explains the importance of wearing seat belts and the dangers of not buckling up.

If you don’t heed the warnings and obey the law, they will be backed up by law enforcement, who will be making a special effort to hand out tickets for failing to buckle up between May 22 and June 4.

Seat belts are the single most effective safety technology in the history of the automobile.

A NHTSA study of lives saved by vehicle technologies found that, between 1960 and 2012, seat belts saved more lives — 329,715, to be exact — than all other vehicle technologies combined, including air bags, energy-absorbing steering assemblies, and electronic stability control.

Once you start wearing seat belts, you quickly lose your minor discomfort from wearing them. Paying a fine is a lot more uncomfortable.

Of course, seat belts have been available much longer than many of the other safety features the study reviewed. But they remain your first line of defense in a crash and your first step toward safer driving.

It’s also clear that States that have tough primary seat belt laws see far higher rates of seat belt use. Primary laws, which allow drivers to be pulled over just for failing to buckle up, have achieved seat belt use rates above 92 percent.

Getting a ticket is a lot more uncomfortable than wearing a seatbelt.

States without primary laws, where drivers must first commit a separate violation before they can be pulled over and ticketed for failing to wear a seat belt, achieved rates of only 83 percent.

We have made enormous progress in increasing seat belt use, but far too many people are still dying because they are not buckled up during crashes. Before you even turn the key, you and everyone in your vehicle should be buckled up — every trip, day and night.

Proper English Lesson for the Day: Most authorities, including the NHTSA, use “seat belt” not “seatbelt,” and there are about twice the number of Google search results for the two-word version vs. the one word. The Connecticut Department of Transportation has used “seatbelt.” On the other hand, no one’s ever going to be confused by one word or two.