First Selectman Jayme Stevenson says town officials are “finishing the details” for an agreement with Eversource to expand natural gas service in town, including along all of West Avenue, and town officials want the service to extend to the high school and Royle School.

Noroton Heights Fire Station on Noroton Avenue would also get natural gas as a result of the project, and town officials want to extend a line up Hollow Tree Ridge Road to Middlesex Middle School for service there, Stevenson said.

Typically, natural gas is expected to be available to homes and businesses directly along the route to new locations like these — in this case from West Avenue. 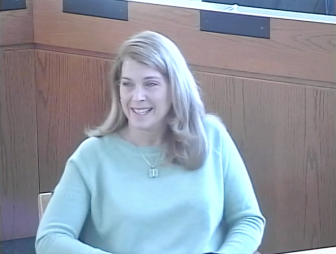 Stevenson told other members of the Operations Planning Committee — a group of the chairs of several town boards — that she’s excited about the prospect of expanding natural gas service to a large area of the town. (Image from TV709 video)

“We’re hoping to be able to ‘capture’ Royle Elementary School and Darien High School, but we need to co-ordinate some information on that,” Stevenson said, referring to getting natural gas service to those buildings.

The new service would be “the largest gas expansion project, I think, Eversource has done in this area, and because of the magnitude of the large customers that we’re capturing in the portfolio [the combination of schools, businesses and homes] there may be little to no financial contribution that the town needs to make for the project.” 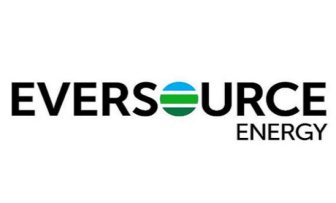 New gas lines would go under public roadways or, in some cases, sidewalks and grassy areas, Stevenson told other members of the Operations Planning Committee on Thursday.

There are no plans to try to get easements from property owners to install gas mains through private land, because that doesn’t appear to be necessary, she said.

“Essentially it’s going to be connecting the pipeline that’s already in the Post Road […] all the way down West Avenue” to the Stamford border in Glenbrook, she said. “And there’ll be some offshoots to that up to Middlesex Middle School, to the Noroton Heights Fire Department, to the town garage up Ledge Road. […] Then we’re hoping to get Royle School and do Darien High School.”

At the schools and in other public buildings, Stevenson said, “the objective […] is to have — which we have in many places — dual-fuel boilers […]”

Although the schools might be required to use natural gas all the time for a while, in the long term dual-fuel boilers would allow the town and school district to take advantage of changes in the price of heating oil or natural gas, buying whichever is less expensive (although natural gas has been less expensive in recent years).

“So I’m very excited about that,” Stevenson said.

Earlier this month, a natural gas main 6 inches in diameter was ruptured at the corner of Abbey and Intervale Roads when it was struck by a construction crew for a company contracted to install municipal drainage sewers. Police and firefighters urged residents within a half-mile radius to evacuate for a short period of time.

Town officials said the company had been digging with a machine over the pipeline (rather than by hand), which is contrary to state regulations. No explosion took place, nor was anyone hurt, but the town fire marshal said the neighborhood was fortunate that no catastrophe occurred.

Links to Darienite.com’s coverage of the incident can be found here.

Mitch Gross, a spokesman for Eversource, said the utility has been in discussions with Darien, “and we’re working on the details with them.”

He said the utility has also been discussing expansion of natural gas service in various communities for some time since Gov. Dannel Malloy announced a comprehensive energy strategy back in 2013.

Here’s the TV79 video recording of the meeting on the Vimeo website (Stevenson’s remarks on the expected natural gas project start at 40:44 on the recording and last about 10 minutes):