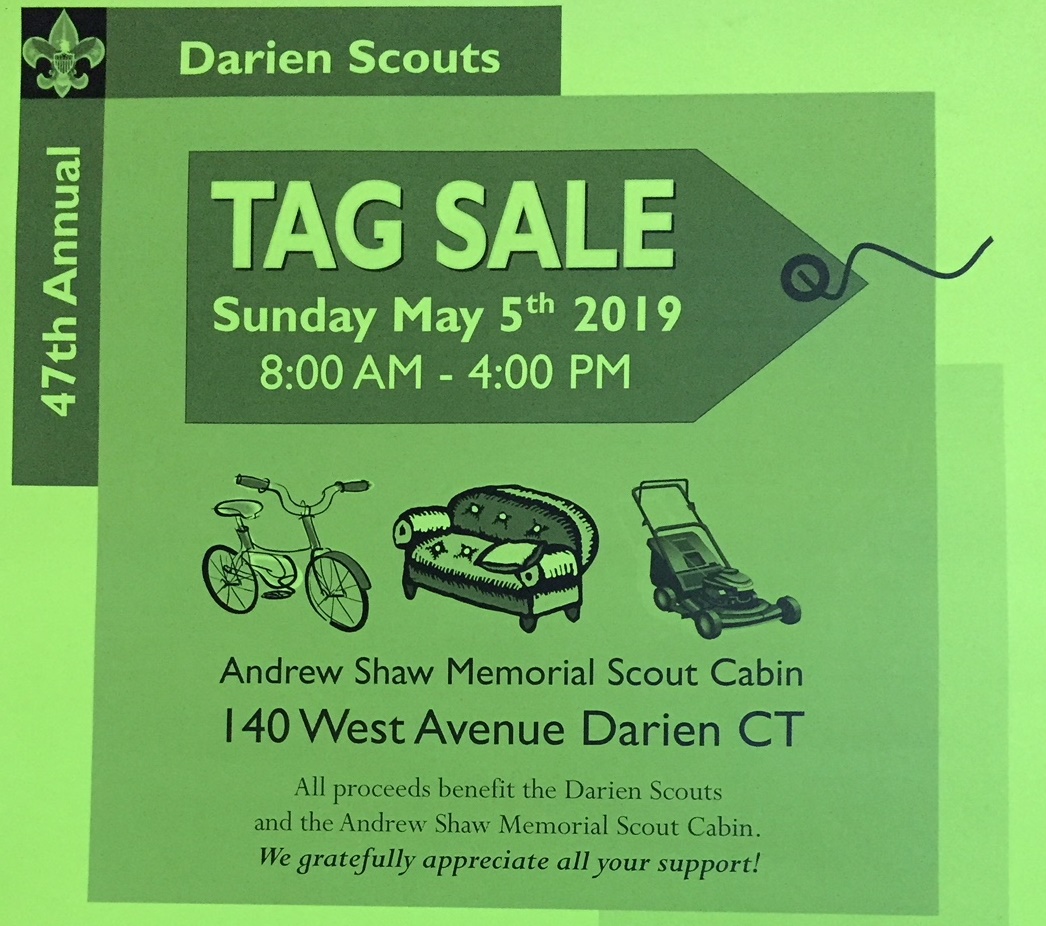 It's that time of year again!

Darien Scouts are holding their giant, vastly organized, 47th annual tag sale on Sunday, May 5, from 8 a.m. (when bargain hunters will already be lined up) to 4 p.m. (when some still will be picking through the remaining items).

Also lined up are cars as drivers look for parking or just try to pass by. At 7 a.m., police again are closing the eastbound lane (toward downtown) on West Avenue all the way from the Noroton Avenue intersection to the Andrew Shaw Memorial Scout Cabin itself, at 140 West Ave.

“It is expected that full, two-way traffic will be restored on West Avenue by 6 p.m.,” a police announcement said. 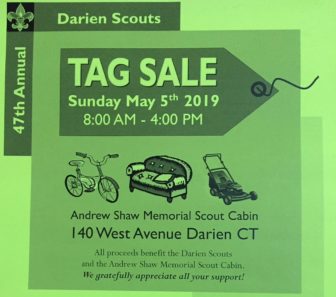 It’s that time of year again!

Larger items such as cars, boats, pianos, and exercise equipment are featured at DarienScouts.Org.

The Traffic May Frustrate You …

Darien police advise anyone driving nearby that moderate traffic delays may take place on West Avenue in the general area of the scout cabin. Drivers “are advised to seek alternate routes to avoid this area due to traffic restrictions,” police said in an announcement Thursday morning.

Detour signs will be posted to assist drivers in the area, and officers will be stationed along West Avenue to help with traffic and parking.

If you’re driving through, you may find yourself getting frustrated. That may be why police said this in their announcement: “The Darien Police Department and the event organizers have found that this traffic plan works well and affords a measure of safety and effective traffic flow around the area of the Scout Cabin.”

… But This Is The Payoff

When you shop at the tag sale, you support your local Scouting community.

(And you can get a bargain.)