Roger Benner Bognar died peacefully on April 9, 2021 in Charleston, South Carolina, after a brief illness, three months after the passing of Barbara, his wife of 67 years. He was 90. 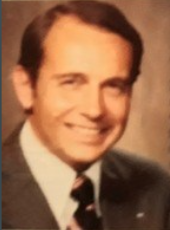 Born in Massillion, Ohio, Roger grew up near Pittsburgh. He attended the University of Pittsburgh, where he was a second lieutenant in the ROTC and tuba player for the Pitt Marching Band, receiving a bachelor’s degree in business administration before attending the Harvard Business School for his MBA. Prior to attending Harvard, Roger was drafted for active duty for the Korean War.

Roger lived in Darien for over 40 years with his wife and four children. He was active in the Noroton Presbyterian Church and the Wee Burn Country Club.

Roger started his career in advertising with Colgate-Palmolive and Kraft Foods, He later joined the International Division of Nabisco before assuming manager responsibilities for the Tissue and Baby Diaper Divisions of the American Paper Institute. Known as “Mr. Tissue” to his colleagues in the industry, Roger established his own business focusing on market research for the paper industry.

Over the course of his life, Roger visited every U.S. state and 75 countries for business and pleasure.

Roger loved his family and his “golden” labradors. He was a marathon runner competing in the London, New York, Boston, Stockholm and San Francisco races. He loved New York City, Broadway and traveling with his wife, Barbara. Roger was an avid fan of the New York Jets and the Green Bay Packers.

Roger was a strong supporter of the St. Joseph’s Indian School in South Dakota and Habitat for Humanity.