Rocco “Rocky” Salvatore Cingari, 89, a lifelong resident of Stamford, passed away peacefully with his family at his side on June 3. 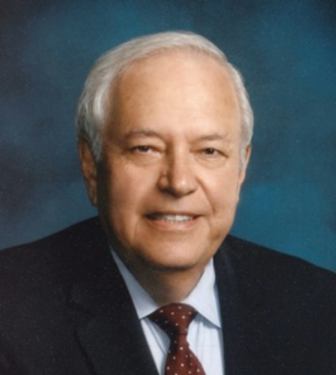 He served his country in the U.S. Navy. Rocky then spent the next 67 years, first as vice president of Grade A ShopRite Supermarkets, then in the early 80s, rising to become president and CEO, a position he has held to date. In addition, he served on the Board of Directors of Wakefern Food Corp.

Rocky’s many qualities included being a driven and successful entrepreneur, a natural born leader who garnered the respect of many, an excellent negotiator, and, most importantly, a sincerely compassionate and loyal friend.

He went out of his way to take the time to mentor his family, his extended family, friends, and employees throughout the area. Over the decades, he was sought out to assist the many who needed access to local hospitals or clinics as well as those who needed a specific medical intervention and had nowhere to turn.

— an obituary from Nicholas Cognetta Funeral Home & Crematory. You can get further information and leave a condolence message on the funeral home website.

Rocky was a valuable resource, and his reach extended far and wide throughout the community, including untold members of the Grade A ShopRite family. His leadership and vision, his commitment to his employees, and his drive will be sorely missed by those who loved and depended on him.

Rocky was very involved throughout his professional career in community service, where he spent thousands of hours raising money and serving on many charitable boards.

Among all his numerous achievements and the recognitions bestowed upon him, Rocky was most proud of his affiliation with the Yale Eye Center, serving for many years as chairman of the Yale New Haven Hospital Eye Research Center Advisory Board.

Rocky was proud of his efforts in the election of International Director Joe McLaughlin who became the Lions International president. Rocky also served as Lions Club 23a district governor and represented the Connecticut Lions in the Fidelco Guide Dog Program. Rocky was passionate about his many decades of involvement with Connecticut’s Low Vision Centers.

He had too many awards and achievements through Lionism to list, but the one he cherished the most was being awarded the Helen Keller Knight of the Blind Award. His motto was always, “Let’s work together to make a difference.”

As a longtime member of the Umbrella Club of Stamford, he was given Lifetime membership status. He played many roles including serving on the Corporate Sponsorship Committee, Director of Strategic Planning, and as senior advisor to the Board of Directors.

The Umbrella Club expanded their annual fundraising events due to his leadership, creativity, and efforts which resulted in very significant increases in their abilities to raise funds and directly benefit programs at the Yale Pediatric Eye Center, Pediatric Emergency Department at the new Stamford Hospital, and Stamford Museum and Nature Center.

This past spring, Rocky was quite proud and deeply humbled by being recognized for his long-standing support of the Diocese of Bridgeport and was awarded the Papal Order of Saint Gregory the Great by his Excellency, the Most Rev. Frank Caggiano, Bishop of Bridgeport.

Calling hours will be private.

The Cingari Family would like to recognize and thank Dr. Herbert and Dr. Adelman from Yale New Haven Hospital for their outstanding care, support, and compassion through the years and especially during these most recent days.

In addition, the family would like to recognize Dr. Dwyer, Dr. Ng, Dr. Tedesco, all the nurses, and the entire ICU team at Stamford Hospital for their excellent care and compassion.

In lieu of flowers, please make donations in Rocky Cingari’s memory to: