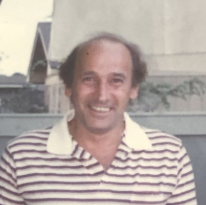 Anthony M. Malizia, beloved husband, father, and friend passed away peacefully on May 30 in Martin Memorial Hospital in Stuart, Florida. He was 82. His like will never be seen again. 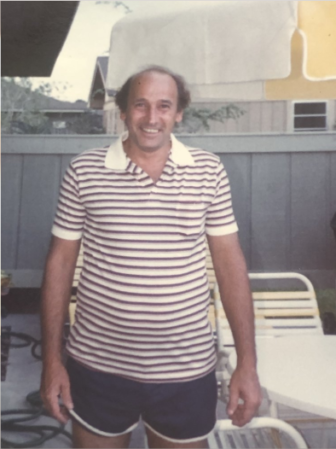 Anthony Malizia, 82, died May 30. His funeral will be Friday morning, June 7.

He was predeceased by the love of his life, his wife Carol Colombo Malizia, to whom he was married for 31 years, his father Aniello Malizia, his mother Rose Melfi Malizia, his sister Clara Malizia DeFala, and his brother Neil “Butch” Malizia.

He was a graduate of Stamford High School’s class of 1955. A longtime resident of Darien, Anthony owned and operated Porta Door Co., Inc. formerly in Stamford and later in Seymour. A master craftsman, Tony could build, engineer, or fix just about anything.

— an obituary from Lacerenza Funeral Home. Messages for the family may be left on the funeral home website.

But where Tony truly thrived was with family and friends. “Poppy” as he was often called had an easy going and comforting manner about him.

Whether it was one of his many, many card games, or sitting out by the pool, he always made you feel welcome, as if you were part of the family and part of something special. Every person who knew him, adored him. He was truly an exceptional person with a profound ability to show love, and he will be truly missed by the many people’s lives he touched.

He is survived by his daughters: Susan Malizia Smith of Newtown and Diane Malizia of Oceanside, California; his son Christopher Malizia of West Haven; and seven grandchildren: Ian, Colin, Sarah, Nicholas, Christopher, Mia, and Cara.

A Mass of Christian Burial will be celebrated at 10:30 a.m., Friday, June 7, 2019 at St. John Roman Catholic Church, 1986 Post Road, Darien. Interment will follow at St. John’s Cemetery, Darien. There are no calling hours.