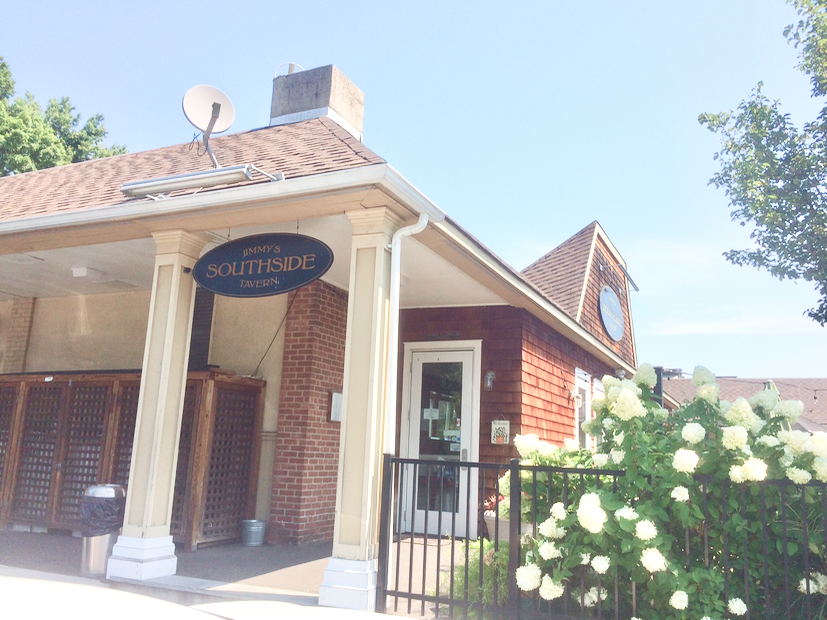 The owners and managers of Jimmy’s Southside Tavern at the back of the Noroton Heights Shopping Center say the restaurant hasn’t been given an adequate offer to void its lease, and they intend to keep the place open.

Without an agreement, the project potentially would be delayed past the planned demolition in October, leaving the site without many of its stores for a longer period of time than the expected two years. If the disagreement goes to court, that could also result in a delay.

“Just wanted to shout out and let you know that we are not intending [to go] anywhere Sept. 1,” the restaurant said in a brief Facebook post last Monday, Aug. 12. “We have a 12-year lease and intend on doing business. So please come and enjoy our great neighborhood spot!! Thank You, The Staff at Southside … xo.” 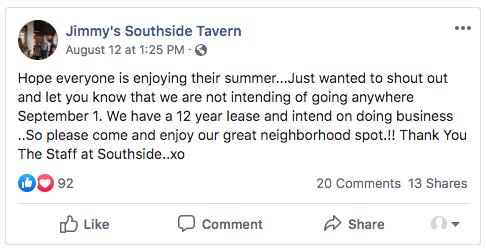 The 20-lease actually runs about 11 more years, said Jim Love, the “Jimmy” in “Jimmy’s Southside Tavern,” in an interview Monday afternoon. Until then, Love said, the restaurant can’t be forced to move. 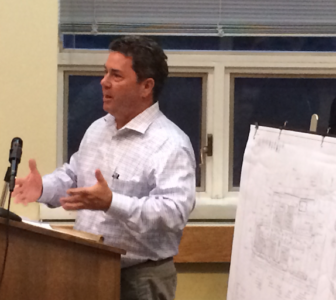 Greg Palmer, president of Noroton Heights Shopping Center, said his organization is in discussions with the restaurant, specifically with Love’s business partner, James Calcagnini, who signed the lease.

“We’ve been trying to work with them for months,” Palmer said.

Asked if he still expected to empty the shopping center in September, with demolition starting by October, he said: “We’re in progress, […] we’re working on that.” He wouldn’t say more.

Love said that he and Calcagnini, as well as their lawyer, are in agreement.

When Love agreed to open Jimmy’s Southside Tavern in the Noroton Heights Shopping Center, he said, he invested a good deal of money in extensive renovations in the spot, including expanding the building on its south side to enlarge the space. Roxy Video formerly occupied the location, then Phil’s Grill.

He wouldn’t have done those major renovations, Love said, without the 20-year lease, which included the agreement to move the restaurant to another location in the shopping center if the site were redeveloped, he said. This summer, he said, he was suddenly hearing that the original planned phases of demolition and building had been scrapped. 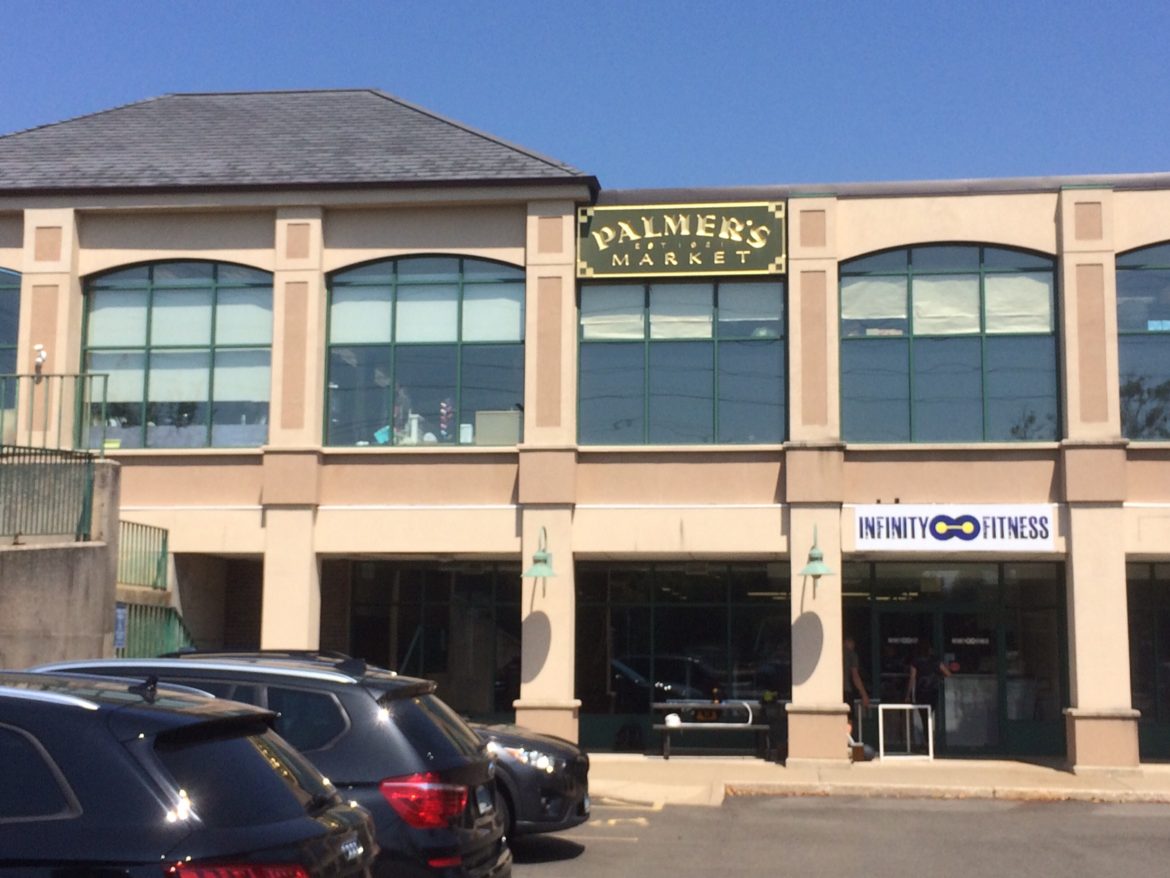 There were too many problems with moving the restaurant to the lower level of the Palmer’s building, including not being able to get the liquor license (at least not soon), Love said. Infinity Fitness now occupies the space.

Palmer recently told the Planning & Zoning Commission that the construction company hired to demolish and rebuild the site had said it would be too expensive to do the project in stages rather than completely demolish it and then rebuild it. The new plan, Palmer told the commission, is to move out all the businesses, rebuild in two years and then fill up the new buildings with tenants again. The P&Z approved that plan.

The shopping center, owned by members of the Palmer family, which also owns Palmer’s Market, has made different offers, according to Love. They include offering the restaurant space in the same building as the supermarket, on the floor below, where Infinity Fitness is now located.

But that location can’t be used for a restaurant with a liquor permit, at least not “overnight,” because of state regulations, Love said.

Another suggestion was to relocate the restaurant in space opened up on the other side of town, he said.

“Our whole business is based on the Noroton Heights location,” Love said. “You don’t just move across town and hope to survive for two years while they build.”

Love said the 10 employees at Glenn Liquors will be out of their jobs, as would the 20 or so full-time employees of Southside.