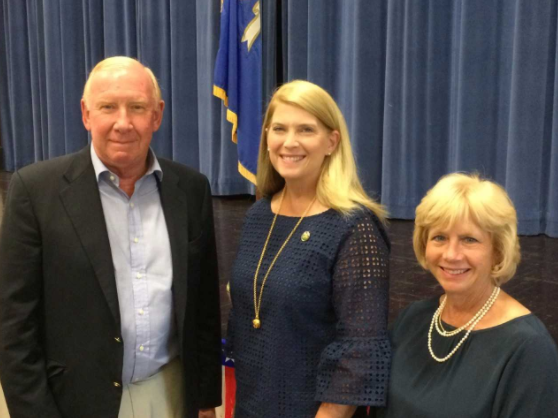 Incumbent members of the Board of Selectmen were all endorsed by the caucus: Selectman Charles "Kip" Koons Jr., First Selectman Jayme Stevenson and Selectman Susan Marks

No one challenged the slate of Republican candidates proposed by the Republican Town Committee at Tuesday night’s GOP Caucus, attended by fewer than 30 people in Town Hall Auditorium.

Dennis Maroney, currently the chairman of the Representative Town Meeting’s Education Committee, was endorsed by the town committee and now the caucus.

Incumbent members of the Board of Selectmen were all endorsed by the caucus: Selectman Charles "Kip" Koons Jr., First Selectman Jayme Stevenson and Selectman Susan Marks 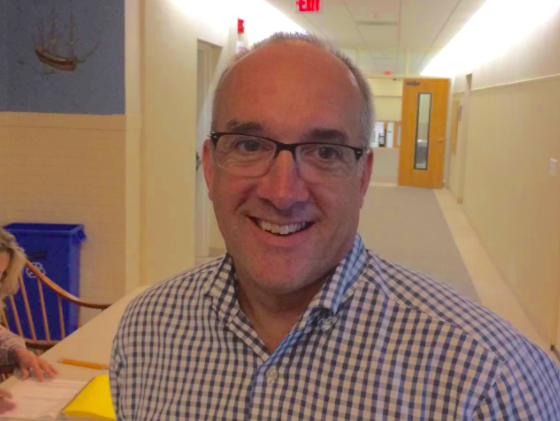 Dennis Maroney was endorsed for Board of Education, replacing board Chairperson Michael Harman

All candidates were asked to sign some papers after the vote. David Dineen, a candidate for re-election to the Board of Education, signs. 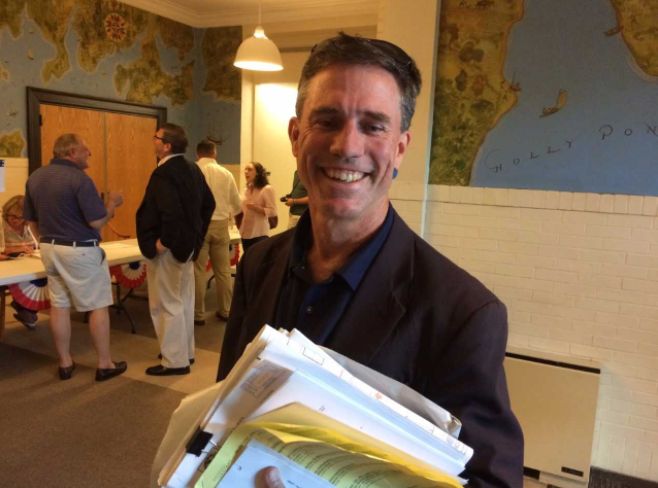 Stephen Olvany came to Town Hall with the papers he had for Tuesday night's Planning & Zoning Commission meeting. He was endorsed for another term on the commission.

Maroney, along with some other RTM members and at least one member of the Board of Finance, has complained about the Board of Education’s and district administration’s lack of communication with town boards in the past. He has also sometimes disagreed with Board of Education proposals to spend more on some projects.

The Darien Democratic Town Caucus is scheduled to be held Wednesday night, starting at 7:30 p.m. Here’s the entire Republican slate of candidates: