A 34-year-old nurse admitted to stealing Tramadol, an opioid medication for pain, from four elderly residents at Maplewood at Darien for months, starting in January or February, police said.

She said, according to police, that she did it to deal with physical pain she was experiencing. 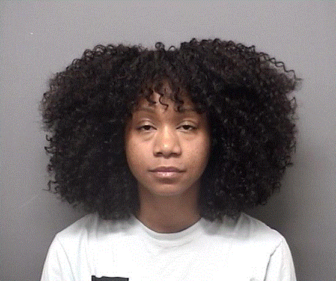 The thefts were discovered after it was noticed that blister packs of 50 mg Tramadol had been tampered with, and pills were missing from them. Staff at the retirement home also found unauthorized refill requests for one resident who refills her own prescriptions.

The nurse, Stacey Thompson, was confronted by one or more people in “Maplewood administration” (police didn’t say how many or who) and admitted she had stolen the drug and gave the administration a written statement.

She said she had begun stealing medication last January or February, at one point ordering 30 pills of Tramadol for a patient, then taking 15 of them.

The director of Maplewood at Darien notified police, who spoke to Thompson, a resident of Lincoln Avenue in Bridgeport, on June 3. She again admitted, this time directly to police, that she had stolen the drug, and when and how she’d done it.

Police applied for and obtained an arrest warrant, and on Friday, June 14, Thompson turned herself in. She was charged with illegally obtaining drugs and sixth-degree larceny, then released on $1,000 bond. She is scheduled to appear June 25 in state Superior Court in Stamford.