A 27-year-old man has been charged with attempted larceny after a 2019 incident in which an elderly woman was convinced to send $10,000 in cash to a vacant Darien house for sale, and a man showed up to demand the package.

Back in 2019, Darien police described the incident one way in a regular news release, then an officer involved in the case gave Darienite.com a different description, which then Police Chief Raymond Osborne, largely confirmed, and Darienite.com’s article was updated.

Here’s the description given in that article after it was updated, with additional information released today, Tuesday, by police — all accounts include accusations not proven in court: 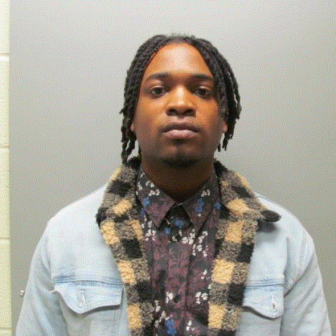 Sometime on the morning of March 19, 2019, a package arrived on a doorstep of a vacant house for sale on Middlesex Road.

The homeowner’s real estate agent had arrived at the house and found the package, addressed to a “Thomas McKnight.” The homeowner was contacted but didn’t know anyone by that name, although the package was correctly delivered to the address on the label.

Thinking that there may have been a mix-up, the homeowner told the real estate agent to open the package. Inside was $10,000 in one hundred dollar bills. Police were called at 11:36 a.m.

Three times that day, a stranger went to the house, asking to be given the package.

The real estate agent told the man that the package was no longer at the house, and the homeowner had taken it. That man, described as tall, thin, black and having dreadlocks and a tattoo on his neck. He came back two more times, insisting he be given the package.

Darien Police didn’t say how they came to suspect Emmanuel Bazil, now 27, of Norwalk. But they did so after working with police elsewhere, police said in the Tuesday news release.

Police said in the Tuesday news release that in this instance and at other times, Bazil called elderly people and misled them into thinking they had to send large amounts of money to various addresses, where it could be intercepted.

An elderly woman in Arizona, had sent the $10,000, the detective said. The 2019 news release said the woman had been told over the phone that her son had gotten into legal trouble. She thought she was sending the cash to a lawyer for her son’s legal defense.

The person who called her told her that a “gag order” had been imposed, so she wasn’t supposed to tell anyone about the matter, including her own spouse, the news release said.

The news release also said: The woman had also been asked to send another $5,000 in cash to an address in Haverstraw, New York (in Rockland County, on the other side of the Hudson River from Westchester County). She sent it.

Early in the investigation, Darien Police were contacted by a police department in Maryland and were told that a victim there had sent cash to the same Darien address, the detective said.

The following information (except as noted below) is from the 2021 news release, issued on Tuesday:

By early July 2019, police applied for and received an arrest warrant, which charged Bazil with attempted second-degree larceny, a misdemeanor. Police couldn’t find him at the time.

On March 19, 2021, Darien police served the warrant and arrested Bazil, at state Superior Court in Stamford, where he was appearing in court. He was in state custody at the time. His bail on the warrant was $100,000, but it was apparently removed in court. The Connecticut Judicial Branch website said he has no bond and he was released from custody.

According to the website, Bazil, of Nash Place in Norwalk, was charged by Greenwich police with violation of probation in connection with a case in which he had previously pleaded guilty to fourth-degree larceny, a misdemeanor, committed on April 5, 2019. His next court date for both cases is May 17.