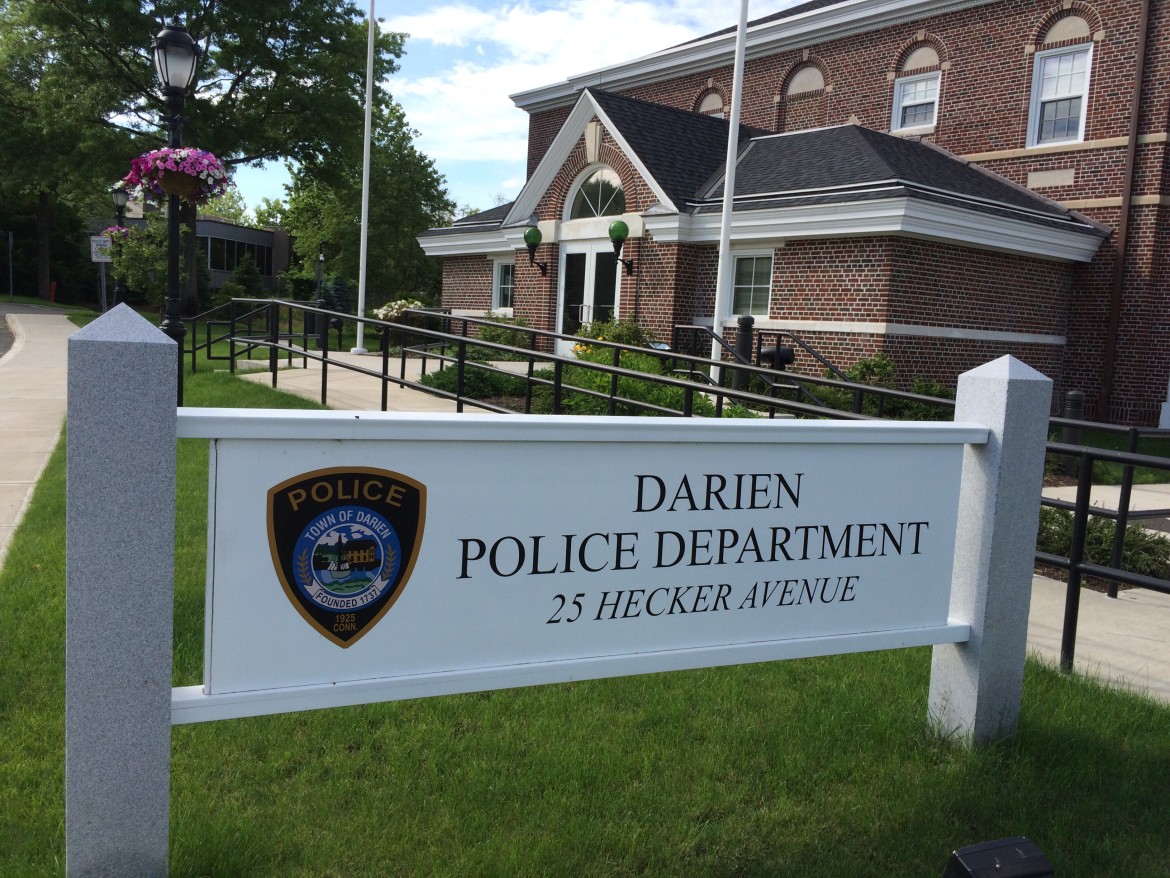 Updated at 6:18 p.m., Tuesday, March 26 — Darien police on Tuesday withdrew several parts of the department’s announcement about a package with $10,000 found on the doorstep of a vacant house.

The parts about what happened in Darien were unchanged: The money was found, it came from an elderly woman scammed with a false story that her son had been arrested, and a man came three times, demanding the package.

A Darien police detective who worked on the case gave this additional information, including changes in the original announcement (published below):

— Earlier, a victim from Maryland had sent cash to the same address. The same scam was perpetrated on both victims.

— The amount of money lost by the Maryland victim is not being divulged at this time because of the nature of that ongoing investigation.

— Police have not said how Darien police found out about the delivery of a similar package in Haverstraw, New York, but police here notified police there, and an arrest was made. The person arrested was not the man who showed up in Darien demanding the package left here.

Darienite.com still has not received information from Haverstraw police about the arrest there.

Here’s the original article (with a later revision as noted), pubished on Monday:

The arrival of a package on the steps of a house for sale on Middlesex Road and the discovery of $10,000 in cash in it when it was opened led to the arrest of a man in Haverstraw, New York in connection with a scam of an elderly woman in Maryland, Darien police said.

Darien police described what happened with this account. While no arrest or formal accusations were made by Darien police, it’s worth pointing out that nothing said about this case has been proven in court; Haverstraw police have made an arrest in the case (Darienite.com has asked that police department for information about it):

Sometime last Tuesday morning, March 19, a package arrived on a doorstep of a house Middlesex Road, despite the house being vacant. [Police have asked Darienite.com to remove the address and picture of the house. We’re doing that as a courtesy, since almost everyone who’s going to read this article has already read it. We don’t think it makes the house more likely to be used again—but we’re not experts.]

A real estate agent found the package, with the Middlesex Road address and the name “Thomas McKnight” as the recipient. The return address was in Pheonix, Arizona.

Neither the real estate agent nor the homeowner recognized either of the names on the package. Assuming that there might have been an error, since the address itself was correct, the homeowner told the realtor to open it up.

Then a man showed up and said he came for the package.

He came to the door while the real estate agent was showing the home to prospective buyers that morning. He’s a tall, thin black male with dreadlocks and a tattoo on his neck, according to the description later given to police.

The realtor’s suspicions were raised.

She told the man that the homeowner had taken the package from the house. The man returned two more times, demanding to know where the package was.

At 11:36 a.m., the realtor called police and met with police detectives, handing over the package to them.

Investigating detectives found that the cash had come from an elderly woman in Maryland who said she had been told over the phone that her son had gotten into legal trouble. She thought she was sending the cash to a lawyer for her son’s legal defense.

The person who called her told her that a “gag order” had been imposed, so she wasn’t supposed to tell anyone about the matter, including her own spouse.

The woman had also been asked to send another $5,000 in cash to an address in Haverstraw, New York (in Rockland County, on the other side of the Hudson River from Westchester County). She sent it.

Darien police detectives were able to get tracking information for that package, and they contacted Haverstraw police, who then arrested the person who came to get that second package.

[This article will be updated when further information becomes available.]

FTC: Here’s One Kind of Fraud to Warn Your Relatives About This Thanksgiving (Nov. 21)

One thought on “UPDATE: Police Revise Story About That Package With $10,000 Left on Darien Doorstep”