A 44-year-old man was intoxicated early Saturday afternoon when he drove his SUV through a red traffic light and collided with another SUV, causing heavy damage to to both vehicles but no injuries, Darien police said.

— This account is based on the police description of what happened, including accusations not proven in court. 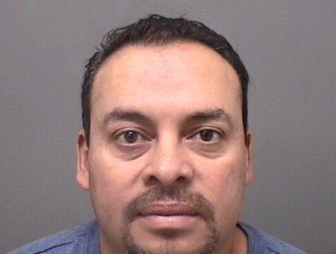 Estuardo Reyes, 44, of Vista Street in Stamford was charged with driving while under the influence on Nov. 9, 2019.

The driver, Estuardo Reyes, was driving west on the Post Road at its intersection with Brookside Road shortly before 3:47 p.m. when the gray Chevrolet Suburban he was driving, a full-size sport-utility vehicle, struck a blue Land Rover Discovery that had been driving south on Brookside Road pulled out into the intersection.

When police knocked on the driver’s window of the Suburban to talk with the driver, he turned slowly toward the officers and seemed confused.

Officers opened the door to speak with Reyes and immediately smelled an alcoholic beverage coming from him. They also saw that his eyes were bloodshot and glassy.

Asked about what happened, Reyes didn’t have an explanation, although he said he saw a green traffic light. He was asked to take standard field sobriety tests and did so, but didn’t perform them to an acceptable standard. He was arrested on a charge of driving while under the influence and also charged with failure to obey a traffic signal.

Reyes, of Vista Street in Stamford, was released on a $250 cash bond and is scheduled to appear Nov. 20 in state Superior Court in Stamford.