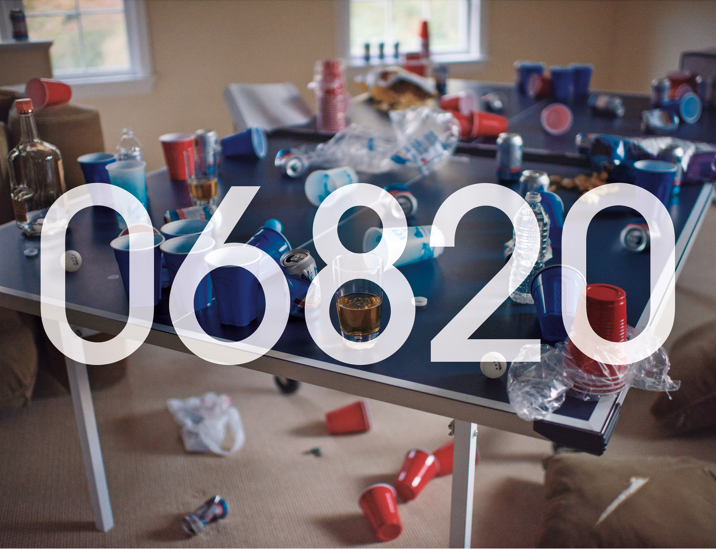 An image from the campaign. It's not all that different from what Darien police have said they've seen when they arrive at a teen party with alcohol as partygoers scramble into the nearby woods.

A complaint about parking led police on Saturday night to a home on Contentment Island Road, where they came across an intoxicated teenager hosting a party with his sibling and 14 other teenagers, police said.

No charges were filed, although police said they informed all partygoers that the department’s Youth Division detectives would be getting in touch with them and their parents.

Darien police described what happened with this account, including accusations that have not been proven in court (if they ever get to court):

At 9:15 p.m., police received the complaint (the police announcement didn’t describe anything more specific about that report). When they went to the house, police spoke with children of the homeowner, who was out of state. The homeowner later told police that his teens were supposed to be staying with friends.

One of the teens, a 17-year-old boy, was clearly showing signs of intoxication and smelled of alcohol. Police were told that the teenage residents had invited a few friends there, but more people began to arrive, and some had alcoholic beverages.

Once inside the home, police found 14 teenage guests, along with signs of drinking, including a setup for beer drinking games.

Each of the teenagers was picked up by a parent to be driven home.