A passenger was injured and taken to a hospital late Sunday afternoon after a sport utility vehicle driven by 47-year-old Darien man crashed into a retaining wall at the Avalon Darien apartment complex, police said.

The man, who lives at the complex, was charged with driving while under the influence, police said.

At 12:57 a.m., Sunday, June 3, police were called to the apartment complex at 137 Hollow Tree Ridge Road, where they found a dark-colored SUV that appeared to have jumped a curb and struck a retaining wall. 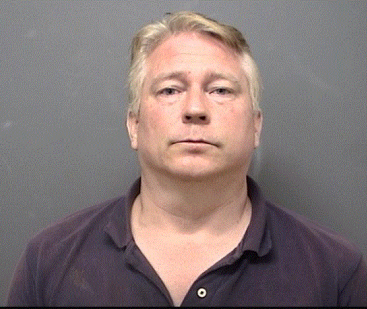 Andrew Lester, 47, a resident of the Avalon Darien apartment complex, was charged with driving while under the influence on Sunday, June 3.

Andrew Lester, the driver, got out of the SUV. The passenger, sitting in the front passenger seat, was taken to Stamford Hospital for injuries caused by the crash. When asked whether or not he needed medical attention, Lester said he didn’t.

A police officer standing near Lester smelled an alcoholic beverage, and noted that his speech was slurred. Lester also had difficulty keeping his balance and steadied himself against the SUV several times.

He told police that he had been driving north on Hollow Tree Ridge Road, then turned left into the apartment complex. As he was turning, he said, another vehicle cut in front of him, causing him to swerve and crash into the wall.

When police asked him to take standard field sobriety tests, he refused. Lester was arrested on the charge of driving while under the influence. Later, he also refused to take a breath test at Darien Police Headquarters.

At 4:12 a.m., Monday — just over 27 hours after police were first called — he was released after posting $100 bond. He is scheduled to appear June 13 in state Superior Court in Stamford.