A 32-year-old man was found asleep in the middle of one of the intersections of Rings End Road and Harbor Road at about 1:30 a.m., Monday, Jan. 10, Darien police said.

When he was given breath tests almost an hour later, police said, the results were nearly three times the legally allowed alcohol content in his blood, according to police.

The police account includes accusations not proven in court. Here’s the rest of what police said: 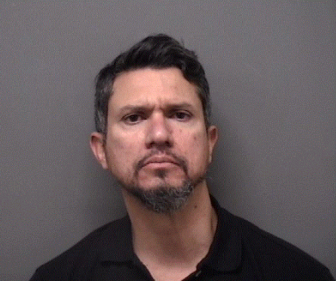 Ramiro Munoz, 32, of Trumbull, charged with driving while under the influence.

When police arrived at the scene in response to the 1:37 a.m. report, they saw a Honda Odyssey stopped in the intersection with the driver, Ramro Munoz of Trumbull, slumped against the driver’s side window.

Officers awoke Munoz and saw his eyes were glassy and red. When he opened the front door, they immediately smelled an alcoholic beverage coming from him.

He declined field sobriety tests, but, based on what they saw, officers arrested him on a charge of driving under the influence. At Darien Police Headquarters, his first breath test, at 2:23 a.m., measured his blood-alcohol content at 0.2337 (a shade under three times the legal limit of 0.08). The second test, at 2:44 a.m., showed a BAC at 0.2331.

Munoz, who lives on Orchard Lane in Trumbull, was later released after posting 10% of a $500 bond. He is due in State Superior Court in Stamford on Jan. 21.