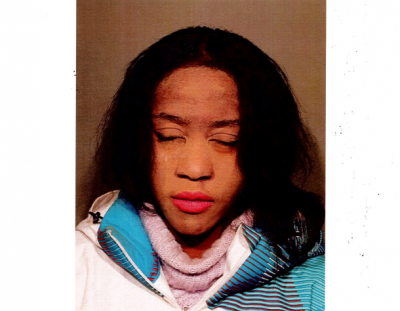 The 37-year-old woman charged last week with assaulting a police officer in New Canaan — her second arrest in that town since September — had already had a violent and profanity-laden clash with residents and law enforcement officials in Darien last month, police records show. 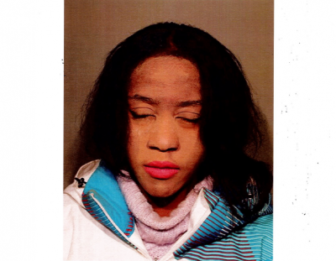 Adaoibi Kurylov on the evening of Dec. 11 knocked down an 82-year-old man following an accident in Darien, severely fracturing his hip, then told responding officials that she hoped he would die and that the police are “corrupt and ‘pieces of s***,’ ” according to an incident report.

The events unfolded after 5 p.m. that Monday on Hollow Tree Ridge Road, just west of the main entrance to Wee Burn Country Club, according to the Darien Police Department report.

The 82-year-old man, a retired doctor, was driving when he struck the rear tire of Kurylov’s bike, the report said.

The man told police that he had “slammed on his brakes to avoid hitting the bicyclist but was unable to,” it said.

“After the accident occurred he exited his car to check on the bicyclist to see if she was all right […] He stated a female subject was driving behind him and had exited her car and they walked up to Kurylov together as she was laying on the ground.

“He stated as soon as he asked her if she was alright she became irritated and began screaming and yelling at him.

“He stated he reached down to help her and she screamed ‘Don’t you [expletive] touch me.’ He stated at that point the female witness went to her car to call 911. He stated Kurylov then sat up and stood up.

“Being a retired doctor he wanted to make sure she didn’t fall as she walked and he went to assist her walking. At that point Kurylov turned around and punched or pushed [the man] in the chest with both hands which caused him to fall backwards to the ground injuring his hip.”

The man was transported to Stamford Hospital and then moved to Yale New Haven Hospital for surgery on what was determined to be a “severe” hip fracture, the report said.

According to New Canaan police, Kurylov also showed a propensity for violence when, after an officer stopped her downtown on her bike following multiple traffic violations on her bike, she kicked the officer.

She then was uncooperative during the booking process and interfered with officers in the booking area when they tried to fingerprint her, New Canaan Police said.

More on the Darien Arrest Allegations

The woman in Darien who witnessed the December incident told police that Kurylov when approached with offers to help “became very volatile and was yelling something about homicide and other things that did not make sense,” according to the incident report.

The woman told police that “she saw Kurylov stand up and push [the man] to the ground violently with both hands.”

At the time the man struck Kurylov’s bicycle, he was not exceeding the speed limit and “due to where Kurylov was laying in the roadway it appeared that she was riding in the middle of the road,” the report said.

That information recalls the September New Canaan incident, when Kurylov had been arrested after police said she refused to cooperate with them following complaints that she wasn’t following state laws regarding cycling in public roadways.

Darien police said that in speaking to Kurylov she told them she had been “riding her bicycle on Hollow Tree Ridge Road and a car tried to run her over,” according to the incident report.

“She stated that while she was on the ground an old man and old ‘decrepit’ woman came over to check on her and she told them not to touch her. She stated that they came at her not to help her.

“She stated that the old man put his hand on her arm and she brushed it off and did not throw or push him to the ground. Kurylov stated she hit her back and head on the ground but stated that she was not injured and refused medical attention three times when asked.

“It should also be noted that Kurylov was yelling out loud and acting aggressively toward all medical personnel who tried to help her. She yelled at them repeatedly that she was to leave her alone and that she was not injured.”

She also said in front of police that she hoped the 82-year-old man “dies from his injuries,” the incident report said, and “was extremely uncooperative.”

“It took several minutes just to get her name and address from her as she kept rambling nonsensically,” the report said. “Kurylov’s bicycle was only equipped with one small flashing light on the rear of the bicycle below the seat.”

The incident report continued: “Kurylov’s behavior was extremely volatile and she was very uncooperative during the entire incident. She kept claiming that police are corrupt and ‘pieces of s***.’ I asked Kurylov three times if she wanted medical attention and she refused all three times.”

She ultimately was charged with third-degree assault, and the arresting officers said in their report that they took care to ensure Kurylov was not handcuffed in such a way to injure her shoulder, the report said.

Though Kurylov was released on $250 bond and scheduled to appear Dec. 21 in state Superior Court in Stamford, no plea has been entered so far in the case, according to Connecticut Judicial Branch records.

It was not immediately clear whether the case was continued or Kurylov failed to appear. She now is scheduled to appear Feb. 6 for the Darien charge.

One thought on “Police: Darien Woman Charged After Tussle in Which Elderly Man’s Hip is Fractured”