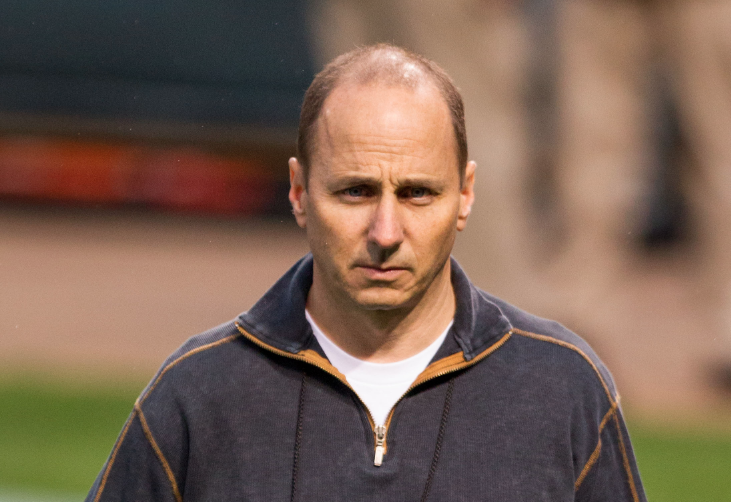 Photo by Keith Allison on Flickr (via Wikimedia Commons

When Yankees General Manager Brian Cashman was at a gas station in downtown Darien on Friday, police said, he was confronted by multiple police officers, their guns in hand, who had been told the white Jeep he was driving had been stolen.

In fact, he was driving his own vehicle, which had been returned to him after it had been stolen — but information that he again had his Jeep Wrangler, which had been taken in Norwalk, wasn’t in the notification system to other police agencies, according to Darien police.

That was only one of two reports that led to the confrontation. Police were on the look-out for a white Jeep-like vehicle after a report from a Darien doctor’s office that a patient there had walked in with a gun — and left in a white vehicle that either was or looked like a Jeep.

Darien Police Capt. Donald Anderson, who has been appointed to become police chief as of Sept. 1, described what happened with this account:

Cashman is quoted in a New York Post article published Friday night saying that he’d heard the man in the doctor’s office had been reported as “brandishing” his gun. There was no brandishing, Anderson said.

When police talked with staff at the doctor’s office they found he didn’t threaten anyone: He simply had the gun with him when he went in for a physical exam. He had a license for the gun and a legal right to carry it. 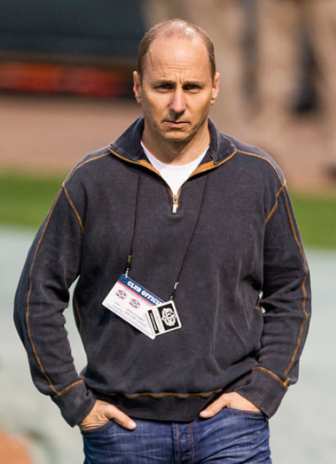 Photo by Keith Allison on Flickr (via Wikimedia Commons)

Police later spoke with the man at his home in Norwalk.

“It was confirmed that he does in fact possess a valid pistol carry permit and was unaware that he had caused any alarm in the office while there undergoing his physical examination,” according to the news release.

Cashman, also from Norwalk, was just pulling out of the Shell gas station at the corner of Sedgewick Avenue and the Post Road late Friday morning when police officers stopped his vehicle.

Anderson wrote: “Felony motor vehicle stop procedures were utilized where two Darien officers did unholster and had their duty weapons in hand.”

Cashman fully cooperated when given police “commands and instructions,” and they quickly identified him as the owner of the Jeep. Anderson wrote that “the encounter was quickly, efficiently and properly de-escalated.”

Anderson also pointed out: “No force of any type was actually used by officers;” although police with guns out were ordering him to stop. “Mr. Cashman noted the professionalism and obvious training of the involved officers who were able to successfully bring this incident to the proper conclusion.”

The New York Post article quoted Cashman as saying of the officers who stopped him: “They executed a very tactful interception. They’re clearly very professional and trained.”

The newspaper reported that New York Police Department was supposed to take Cashman’s Jeep Wrangler off of the stolen-vehicle list. The newspaper said a source in the NYPD said a stolen vehicle isn’t even supposed to be returned to a victim until it’s removed from the list.

The entire ordeal took about 15 minutes, Cashman told the Post. He had already received a call on his cell phone from a police agency in Westchester County asking him if he was driving the Jeep, because, he was told, it was still on that stolen-vehicle list.

The call from someone at the doctor’s office came to Darien police at about 10:40 a.m., and Cashman was stopped at the gas station very shortly afterward, police said.

At approximately 10:40 a.m. on Friday, Aug. 9, 2019, the Darien Police Department was notified by a local medical group on Old Kings Highway North that a male patient, arriving and preparing for a scheduled routine physical, was observed in the office in possession of a handgun.

Despite what has been reported by various news outlets thus far, the accurate information is that there was no “brandishing” of this handgun by the male patient.

The patient had already completed his physical and left the office when the initial report was made to the police.

Officers were responding to the Medical Group in order to meet with the staff to ascertain exactly what had transpired with the patient. Once it was confirmed that the patient had already left the office and had possibly been driving a white, Jeep-like vehicle, officers began checking the surrounding area.

Within minutes, a white Jeep was observed in the Shell gas station on Boston Post Road at Sedgewick Ave. The license plate of this vehicle was checked by officers and it was found to be listed as a stolen vehicle.

As the vehicle started to leave the pumps, it was stopped by Darien officers. Felony motor vehicle stop procedures were utilized where two Darien officers did unholster and had their duty weapons in hand.

The operator, quickly identified as Mr. Brian Cashman of Norwalk, was fully cooperative with all commands and instructions given by the officers conducting the stop and the encounter was quickly, efficiently and properly de-escalated.

It was also quickly determined that Mr. Cashman was the true owner of the vehicle.

No force of any type was actually used by officers; Mr. Cashman noted the professionalism and obvious training of the involved officers who were able to successfully bring this incident to the proper conclusion.

Mr. Cashman was then escorted with his vehicle to Norwalk Police Department.

Darien officers then responded to a residence in Norwalk and made contact with the male patient from the doctor’s office.

It was confirmed that he does in fact possess a valid pistol carry permit and was unaware that he had caused any alarm in the office while there undergoing his physical examination.

These two intertwined incidents are clearly indicative of what police officers are often confronted with on a regular basis. These incidents were fortunately brought to a completely safe and successful conclusion by the proper application of professional police actions coupled with the full cooperation of the subjects involved.