Darien’s Good Wife’s River Chapter, Daughters of the American Revolution recently settled on a schedule of these events for its 2019-2020 season:

Karen Polett, an active member of the group, wrote this description of the upcoming schedule:

The chapter will begin the season with “Cocktails by the River,” for members, prospective members, significant others and husbands on Sunday, Sep. 29, from 2 to 4 p.m., hosted by Chapter Chaplain Carol Wilder-Tamme and Bill Tamme at their home. 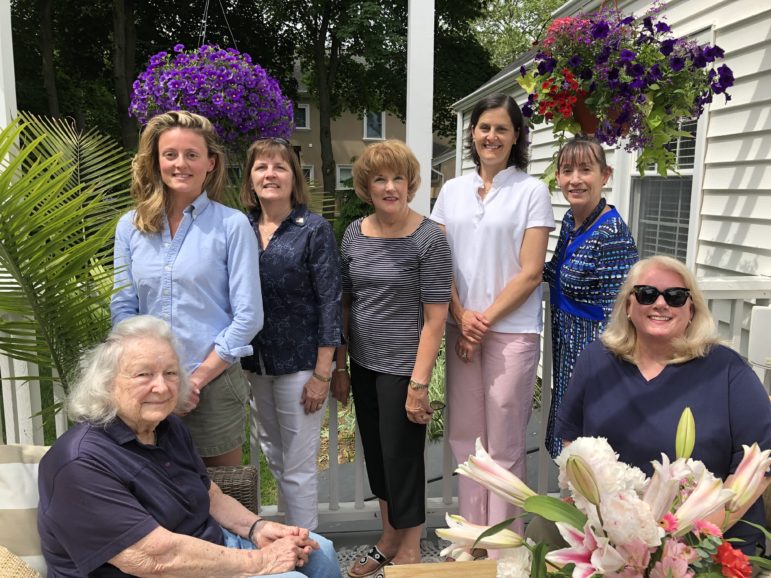 American History Month will be celebrated at a reception at 2 p.m. on Monday, Feb. 3, (snow date Feb. 10) in the Parlor of the Noroton Presbyterian Church when Essay Contest Chairman, Sandi MacPherson will introduce the DAR Fifth Grade Essay contest winners. They will read their work to DAR members, parents, teachers, school administrators and guests. Members attend a Chapter meeting at 1:15 p.m.

CTDAR Regent Christy Anderson Hendrie will be the keynote speaker when Darien’s Good Wife’s River DAR Chapter holds their annual meeting and luncheon at 11:30 a.m., Friday, May 8, at the Darien Historical Society. At that meeting, the Darien DAR Chapter will be celebrating their 60th anniversary as a Chapter.

At 12 noon on Friday, June 12, GWR DAR Chapter Regent, Nicole Gorman and Darien’s 2020 Committee Chairman, Alan Miller will mark the grave of town founder Thaddeus Bell at Slauson Cemetery on Hanson Road as part of the 200th anniversary celebration of Darien’s incorporation as a town.

About the State DAR and the Good Wife’s River Chapter

The Connecticut State DAR operates the Jonathan Trumbull House (1740) and the Wadsworth Stable in Lebanon and the Oliver Ellsworth Homestead (1780) in Windsor.

Good Wife’s River Chapter donates to the National Society DAR Genealogical Library, the NSDAR Museum and the Seimes Technology Center which are open to the public in Washington, D.C.

DAR membership is open to any woman over the age of 18 who can document her direct lineage to a male or female ancestor whose last act was to give civil, patriotic or military service to the cause of American Independence during the Revolutionary War. For information and applications, call the Registrar at 203-656-0857.