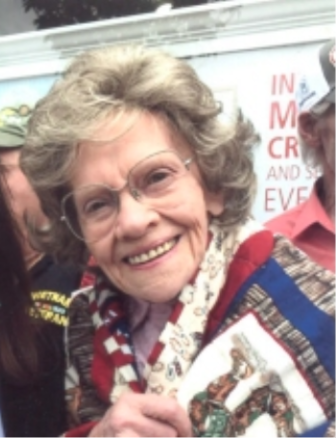 Mary Patricia “Pat” Parlette, 93, died peacefully on Nov. 6. Her wake and funeral will be on Saturday, Nov. 9.

Always known as Pat, she was born on Feb. 13, 1926, the beloved daughter of Mary and Oliver Parlette.

She was predeceased by her two beloved brothers Oliver and Richard Parlette. She resided and maintained her lifelong home in Darien and always kept a seasonal floral greeting on the lamppost near her home.

Pat graduated from Darien High School, Class of 1943, and Greenwich Hospital School of Nursing as a Registered Nurse in 1946. She was a member of the United States Cadet Nurse Corps. She spent time at Yale where she was specifically trained to care for polio victims.

She traveled and worked as an RN in Connecticut, New York, New Jersey, California and even Hawaii, where she worked at the Tripler Military Hospital caring for polio patients. She worked for Holland America Line as a registered nurse.

Pat worked for Seaboard World Airlines as a registered nurse for 38 years. Her assignments took her to military bases all over the world especially Europe, Japan, and Vietnam. Her love of travel taught her; there are no strangers in the world, only friends you have not met.

Between travels, she volunteered extensively in Darien. At the Darien Community Association, she was dedicated to customer service in their Thrift Shop and acted as treasurer for many years.

The proceeds from the thrift shop support the DCA Scholarship Fund. In 1943 Pat was awarded a DCA scholarship which she credited as the bedrock of her career as a registered nurse.

She also volunteered at Darien Book Aid, St. John Roman Catholic Church, At Home in Darien, and at the Noroton Fire Department where she was a familiar figure serving beer under the beer tent at their Annual Block Party. In 2019 she was the Grand Marshal of Darien’s Memorial Day Parade, a very proud day for Pat.

Pat will be laid to rest in the most beautiful outfit she had the privilege to wear, her nurse’s uniform. The garment of her service on land, in the air and at sea during her life as a registered nurse.

In lieu of flowers, donations may be made to Darien Community Association (DCA), 274 Middlesex Road, Darien, CT 06820.