Police investigating what they describe as attempted mail theft on Red Rose Circle in March got two unusual breaks — one from a witness and potential victim, the other provided by the suspect.

Here’s our description of what police said happened, including accusations not proven in court: 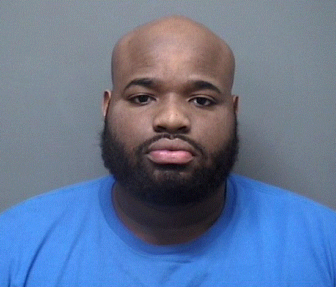 On March 28, a resident of a home on Red Rose Circle saw a man get out of a yellow Nissan Xterra, walk over to the potential victim’s mailbox and reach in. The man had already seen the SUV driving past his home twice.

“Can I help you?” the potential victim called out. The man quickly turned around and ran to the SUV, which started peeling away.

But not so fast that the resident couldn’t snap several pictures, at least one of which may have shown police the vehicle’s New York state license plate.

Police were soon alerted, and they searched for the vehicle but couldn’t find it.

At least not yet.

Police said the photos showed the suspects, as well, although they didn’t say how clear the images were (or if a phone or camera was used). There were two or three males in the Xterra.

Police checked the plate number of the Xterra, and records said that it belonged to a Bronx, New York man, Richard Williams. Police also found a Bridgeport address where Williams now lives. They contacted him.

He told them that he was with a friend who directed him to the Darien neighborhood, where the friend left the vehicle and got into a verbal exchange with a resident.

Williams agreed to come to Police Headquarters for an interview. Police noticed he was driving a yellow Xterra with New York state license plates.

Williams denied that he knew anything about the contraband in his SUV.

Police applied for an arrest warrant for Williams, which a prosecutor and judge signed, and on Oct. 31, Williams, who had turned 23 years old that month, again visited Police Headquarters and turned himself in.

Police didn’t make any other arrests in the case, but their investigation isn’t over.

Correction: Police have issued a correction to the initial announcement. The incident on Red Rose Circle occurred on March 28, police now say.