The staff of The Maritime Aquarium at Norwalk today is mourning the loss of the harbor seal named Susie, believed to be second-oldest seal in the United States.

Susie, who has been at The Maritime Aquarium since its opening in 1988, was 43 years old. 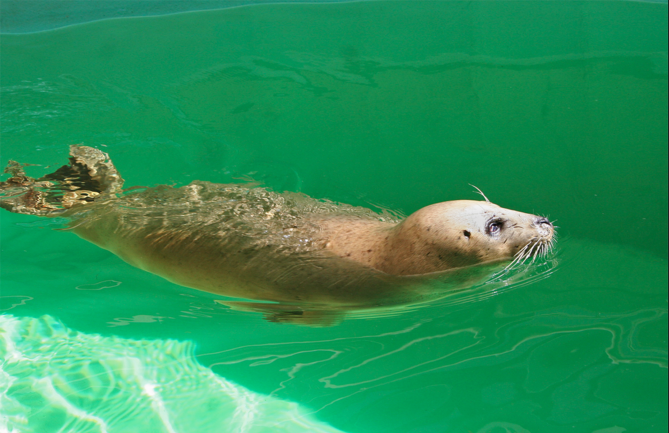 “We’re always saddened by the loss of any animal at the Aquarium,” said Dr. Brian Davis, president of The Maritime Aquarium. “But, as one of two seals that have been with us since the beginning, as our oldest seal and as the mother of two of the seals we have had here, Susie will always have special place in our hearts. She was the grande dame of our seal exhibit.”

A necropsy at the University of Connecticut will be conducted to seek the cause of death. She had shown no signs of illness.

Life expectancy of a harbor seal is about 15 years in the wild but rises into the 20s and 30s for seals that receive attentive husbandry care in zoos and aquariums. The oldest harbor seal is believed to be a 45-year-old seal in the Henry Vilas Zoo in Madison, Wis.

Susie was born in May 1973 but — for unknown reasons — was abandoned by her mother when less than a month old. She was rescued on Sable Island, Nova Scotia, by — among others — a grad student named Jack Schneider, who was working on his master’s degree from the University of Rhode Island. 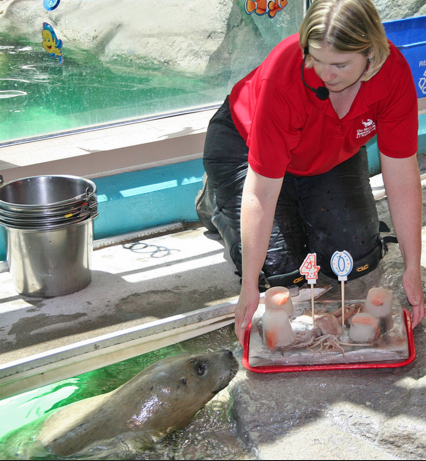 She participated in the laboratory development of prophylactic heartworm medication, first used for canines and later also approved for seals.

Susie lived at the Woods Hole Oceanographic Institute on Cape Cod before moving to Mystic Aquarium. She — and her daughter, Tillie (born at Mystic Aquarium in 1986) — were two of the three seals that came from Mystic to Norwalk in 1988 for the opening of the then-Maritime Center. Susie’s arrival in Norwalk reunited her with Schneider, who would serve as the aquarium’s curator of animals from 1988 to 2014.

Visitors knew Susie from her lighter fur coloration and from the cataract haze over her eyes, a condition that would have been fatal in the wild but one that she handled with aplomb in the aquarium exhibit.

“Susie has been a visitor favorite for more than 27 years, since the day the aquarium first opened,” John Lenzycki, the aquarium’s curator of animals, said. “There have been children who came here in our early years and visited Susie, and who then went on to grow up to bring their children here to see her. So she helped to inspire two generations of visitors to care about seals and their environment: Long Island Sound and the ocean beyond.”

Lenzycki noted that Susie was senior in age to all but three members of the Aquarium’s animal husbandry staff.

Harbor seals are one of the most common species in New England’s waters. They visit Long Island Sound during the winter months, before returning for summer to their breeding and pupping grounds in the Gulf of Maine.

Of the remaining six harbor seals at The Maritime Aquarium, the oldest is now a 33-year-old female seal named Orange (born in 1982).