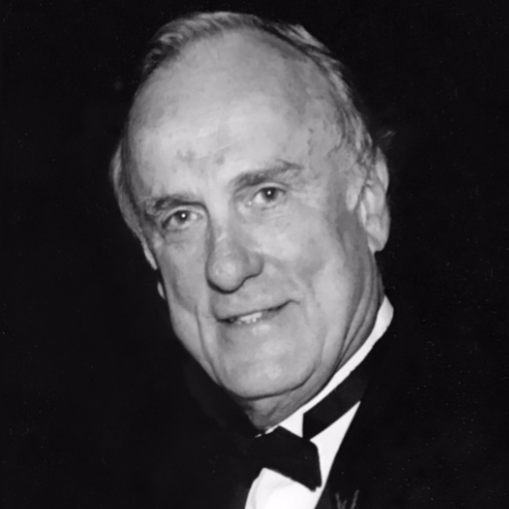 He was a son of George and Aline Ehinger born Sept. 8, 1929, in Dover, DE. He graduated from Dover High School in 1947. Following in the family tradition, he graduated from Northfield Mount Hermon Preparatory School in 1948 as well as Dartmouth College (Class of 1952). He earned his M.B.A. during his career from the University of Connecticut.

His early years were spent in Dover as his father was the long-time superintendent of the Elizabeth Murphey School and state representative in 119th Delaware General Assembly, while his mother was an English teacher at the local high school.

He had many interests growing up, including being a lifelong member of the Presbyterian Church, an avid Boy Scout achieving the rank of Eagle Scout and spending summers at Camp Rodney, a member of many high school drama productions, a clarinet player in the Kent County Band, Dover High School Marching Band and the Hermon Knights Ensemble as well as a member of both track and field and basketball teams in high school and Mount Hermon.

As part of his civic duties, he was a spotter for the WWII Aircraft Warning Service in Dover, which his parents helped coordinate locally.

During his college years, he majored in economics, was a member of the marching band during his freshman year and joined Delta Tau Delta fraternity as a sophomore.

As a member of the Dartmouth Track and Field team, Nelson dominated the high jump event at the Men’s Ivy League Heptathlon Championship, being only one of seven individuals in the history of the Ivy League to win an event for three consecutive years.

He also was a multi-medal winner at the Millrose Games and Penn Relays during those years, delivering a personal best of 6 feet, 4 3/4 inches, ranking him as one of the elite high jumpers in the NCAA at that time.

To honor these accomplishments, he was inducted into Dartmouth’s Hall of Fame, The Wearers of the Green. He had many fond memories of his years at Dartmouth and stayed connected to the school through annual luncheons in New York City, informal gatherings with his classmates and formal class reunions back on campus.

After college, he had a long career at Alcoa as eastern regional sales manager, working in New York City, where he met his bride, Jeanne. While living in New York City, they had three children, then moved the family to Darien in the 1960s, where their daughter was born.

In 1980, he was appointed the National President of SAMA (the Strategic Account Management Association, formerly NAMA) for a one-year term.

In his retirement years, he enjoyed spending time with family, gardening and supporting local community efforts such as Darien Library, Boy Scouts, and Friends of Woodland Park.

He was a devoted husband, married to his wife of 46 years, Jeanne Sienkiewicz Ehinger, who predeceased him.

In addition to his parents, he was predeceased by his three brothers, Robert F. Ehinger, George Ehinger Jr. and Paul F. Ehinger.

Friends may call from 6 to 9 p.m., Tuesday, Aug. 21, at the Edward Lawrence Funeral Home, 2119 Post Road, Darien. A funeral service will be held Wednesday, Aug. 22 in the chapel at the Noroton Presbyterian Church, 2011 Post Road. Burial will follow at Spring Grove Cemetery, Darien.

In lieu of flowers, memorial donations can be made in his name to Elizabeth Murphey School, 42 Kings Hwy East, Dover, DE 19901 or please consider a blood donation to your local blood bank (Red Cross) as these life-saving transfusions sustained him throughout his illness.