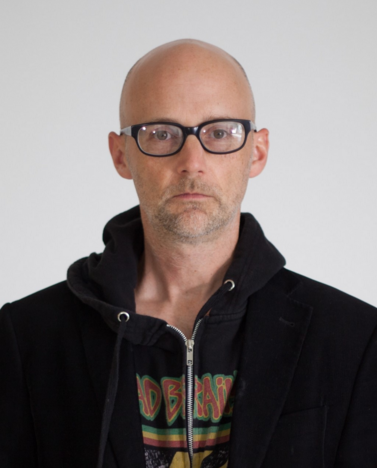 Moby, who grew up in Darien, is now 50 years old. (photo contributed)

Moby, the singer/songwriter who grew up in Darien, will talk about and sign copies of his new memoir, Porcelain, when he visits Stamford next Saturday, May 21, and tickets are available now.

Moby, who grew up in Darien, is now 50 years old. (photo contributed)

Barrett Bookstore and Franklin Street Works are hosting the evening event (which begins at 6:30 p.m.)  at 41 Franklin St. in Stamford. Tickets are $35 apiece or $50 for two (and you get a copy of the book, which has a list price of $28).

According to the Biography.com website: “Soon after his father’s death, Moby’s mother, who was then only 23 years old, moved the family to Darien, Connecticut. There, Moby’s maternal grandparents helped raise him while his mother finished her college degree.”

Richard Melville Hall (Herman Melville was his great-great-great-great uncle) graduated from Darien High School in 1983, where he was in the bands “Hit Squad for God” and “Awol.” 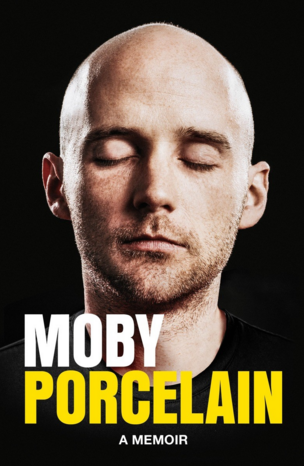 A free copy of Moby\’s memoir, “Porcelain” comes with tickets to the event on Saturday, May 21, at Franklin Street Works in Stamford.

In an interview with Vice.com, Moby talked about growing up poor in affluent Darien. He used to give Chloe Sevigny, when she was growing up in town, rides to an all-ages Greenwich club.

His young, widowed mother didn’t have much money, and being a poor kid in a rich suburb “always made me have an uneasy relationship with the town because I clearly never fit in, but in some ways it was an amazing place to grow up because the public schools were so well-funded because it was such an affluent town and all the teachers were really progressive […],” he said.

Recently he reminisced with the movie director Gus Van Sant about an art teacher who taught at the high school.

He later worked for a record store in town and eventually moved to New York City, where his music career took off.

Here’s most of an announcement from Barrett Bookstore about the event:

In Porcelain, one of the most interesting and iconic musicians of our time gives a piercingly tender, funny, and harrowing account of his path from suburban poverty and alienation to a life of beauty, squalor and unlikely success in the New York club scene of the late ’80s and ’90s.

In a recent interview, Moby reflects, “There’s a romanticism attached to living in squalor in a dangerous crack neighborhood, but somehow emerging unscathed. It was first time we’d ever left college and had our own spaces and could congratulate ourselves on being able to get by on $4,000 a year.”

At once bighearted and remorseless in its excavation of a lost world, Porcelain is both a chronicle of a city and a time that has long since ceased to exist and a deeply personal exploration of finding one’s place during the period in life when you’re on your own, betting on yourself, but have no idea how the story will end.

Moby’s voice resonates with honesty, wit, and, above all, an unshakable passion for his music that steered him through some very rough seas.

Tickets include event admission, one copy of Moby’s autobiography, Porcelain: A Memoir, and a complimentary wine or beer. To purchase a ticket visit our website or the Franklin Street Works website.