The town Monuments and Ceremonies Commission released a list of marchers for the Memorial Day parade and the order that they’re marching in, as well as the program for the ceremony after the parade.

At the bottom of this article is added the list of instructions given to parade marchers.

Darien’s Memorial Day Parade, and our time-honored Commemorative Ceremony for those who gave their lives in service to our country will take place Monday, May 31.

The Parade will start at 10 a.m. from the Goodwives Shopping Center, and proceed south [east] on the Post Road, ending at Spring Grove Veterans Cemetery, where our commemorative ceremony will take place immediately afterward.

—Police Department to Mark 40th Anniversary of Officer Kenneth E. Bateman’s Death in the Line of Duty (May 24) 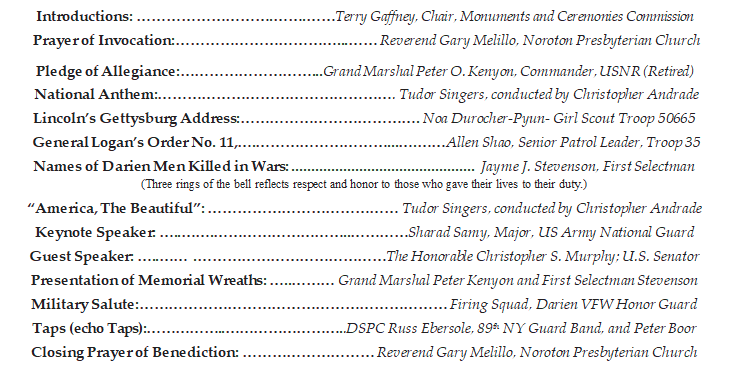 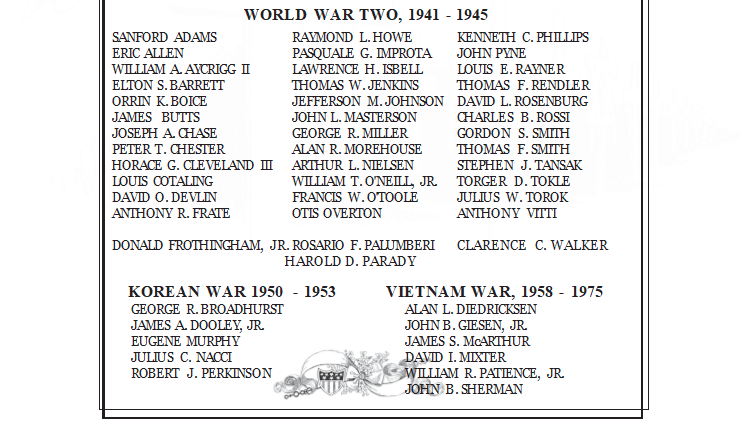 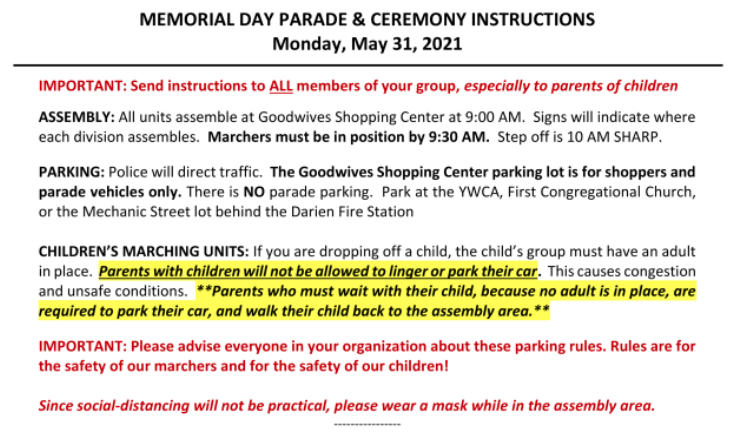 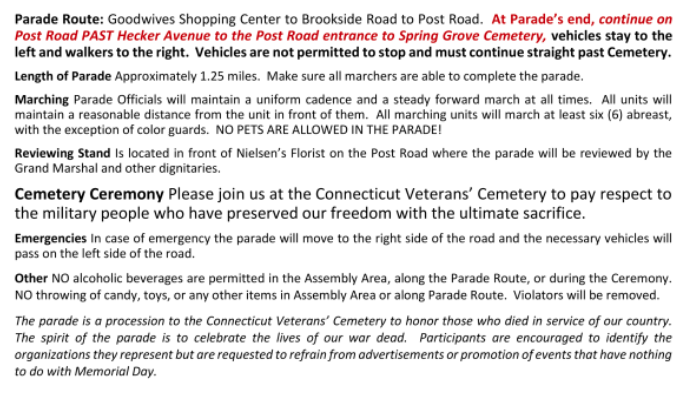