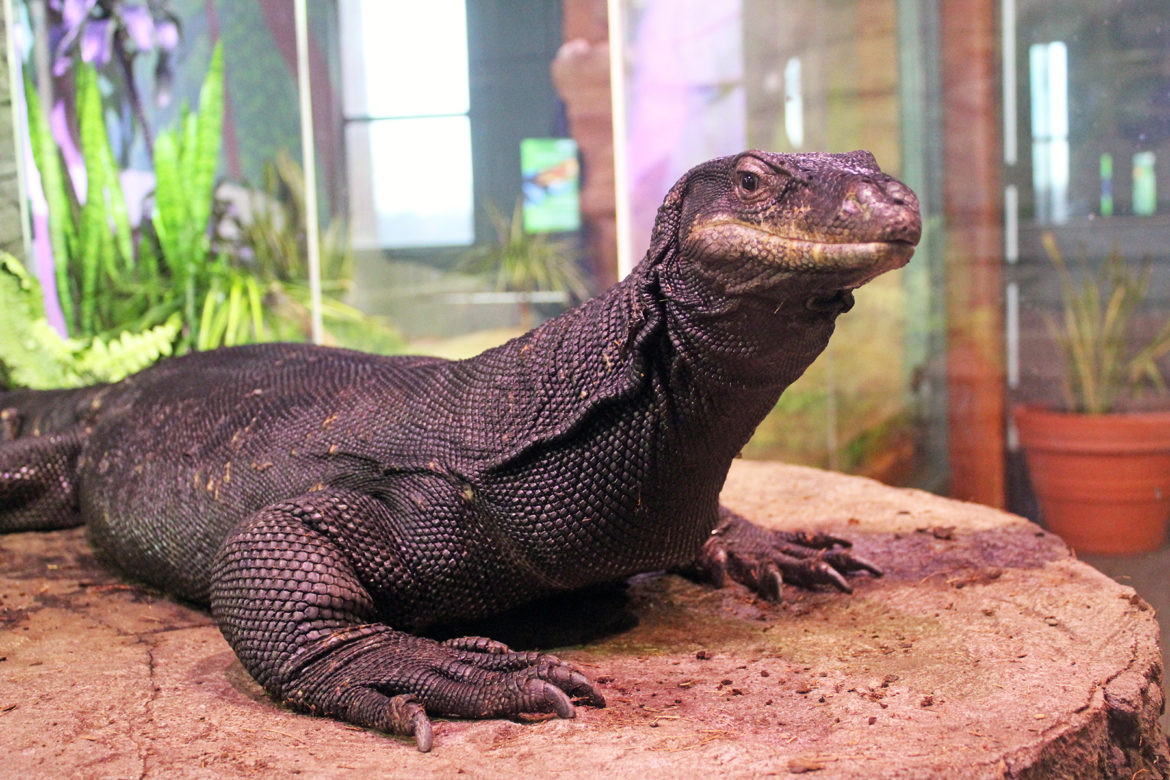 The staff of the Maritime Aquarium at Norwalk is mourning the death of its Asian water monitor lizard, more commonly known as its black dragon.

“We’re always saddened by the death of any animal at the Aquarium, but the black dragon was appreciated as a very special creature by staff as well as by our guests,” said Barrett Christie, the Aquarium’s director of Animal Husbandry. 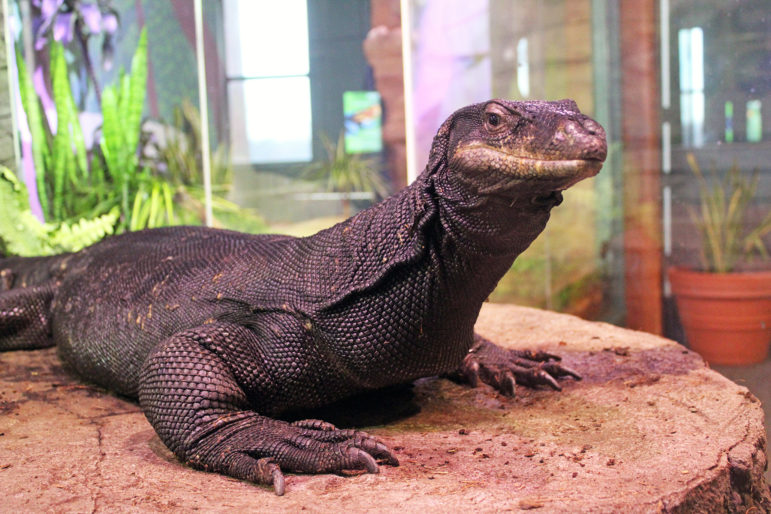 Cause of death is unknown. A necropsy will be performed at the Connecticut Veterinary Medical Diagnostic Laboratory at UConn. Although the 6-year-old lizard had shown a loss of appetite over the last several days and was receiving veterinary care, Christie said, the death was unexpected.

This lizard was rare because it had a melanistic gene that made the animal nearly solid black. Normally, Asian water monitor lizards are brownish-dark gray with small yellow dots underneath.

The black dragon had been a featured animal at The Maritime Aquarium, first in the “Dragons: Real or Myth” exhibit that opened in February 2015 and then moving up into the “Just Add Water” exhibit that debuted last August.

The world’s second-heaviest lizard (after Komodo dragons), Asian water monitor lizards are native to Southeast Asia. They’re known to live to 10 to 15 years old in human care; less in the wild.