Trace evidence left in a Jeep Wrangler stolen in Darien in November 2019 led to the recent arrest of a man, who was also charged in connection to a facsimile of a firearm that was found in the vehicle which crashed after a Bridgeport police chase.

Police didn’t say what the trace evidence was. 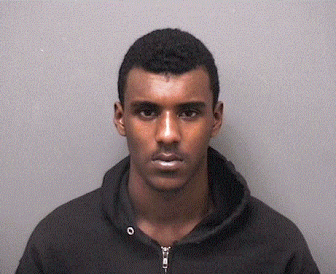 Weeks later, on Nov. 23, Darien police were informed by their counterparts in Bridgeport that police there had pursued the Jeep in that city, until the driver had crashed into a parked car and run away.

Darien police detectives went to the scene and examined the Jeep for evidence. The facsimile firearm found in the vehicle was made to look like a Desert Eagle gun.

The trace evidence led police to the suspect, Hector Rios, now 20, of Louisiana Avenue in Bridgeport. He was 18 at the time of the theft and later police chase.

Darien police applied for and were granted an arrest warrant. On May 25, Milford police informed their counterparts in Darien that they had Rios. According to state court records, Milford police arrested Rios that day on charges of having a weapon in a motor vehicle, risk of injury to a child (both felonies), driving without a driver’s license and improper use of a marker, license or registration. Darien police went to Milford and arrested him on charges of second-degree larceny of a motor vehicle and having a weapon in a motor vehicle.

According to the Connecticut Judicial Branch website, Rios also has court cases relating to charges of:

—possession of less than half an ounce of marijuana (a violation; January 2020 in Bridgeport),

Rios was held on a $100,000 bond and appeared May 25 in state Superior Court in Stamford on the Darien charges. His bond was not reduced, and he is next scheduled to be in court on July 19.