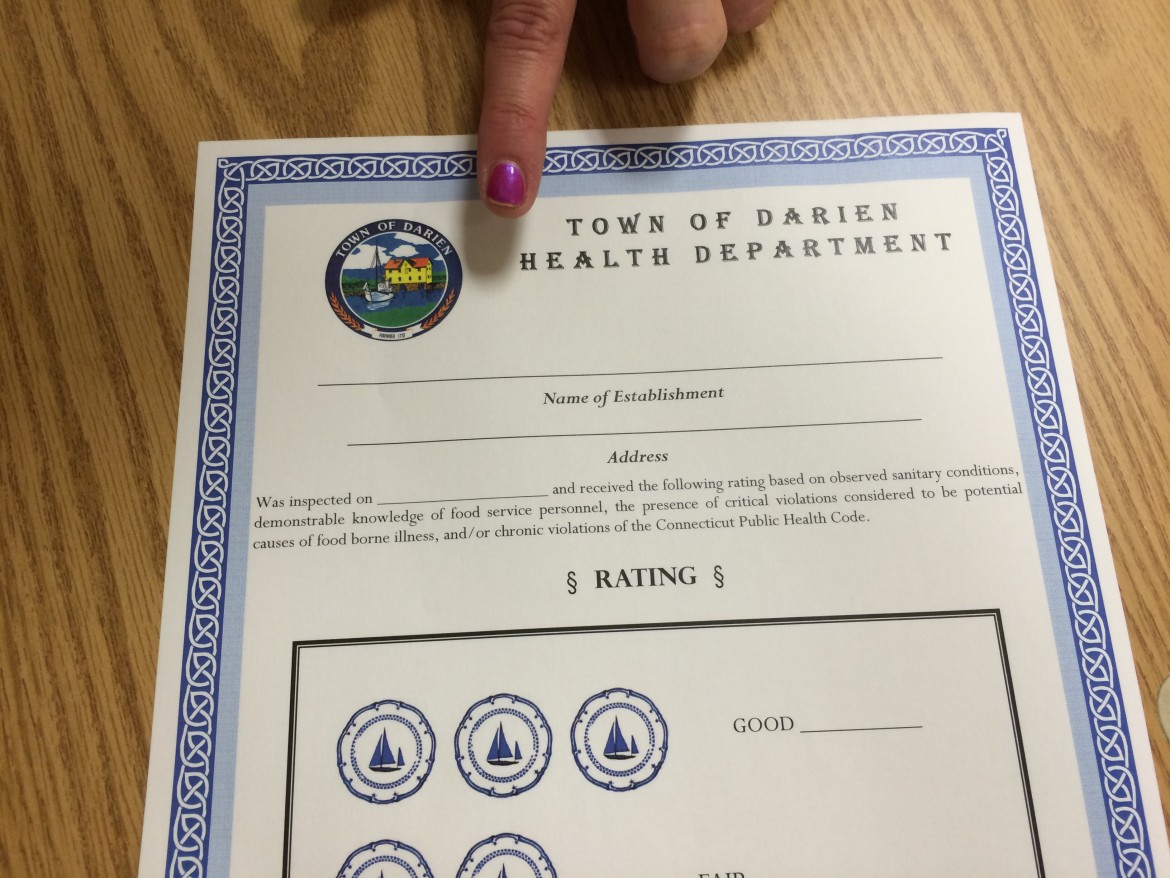 This Darien Health Department certificate is supposed to be posted where patrons can see it at any food-serving establishment.