Longtime Darien resident Julianna (“Julie”) Ashley Mortensen passed away peacefully on Wednesday, Sept. 4, 2019 at the age of 90, in Gainesville, Florida. 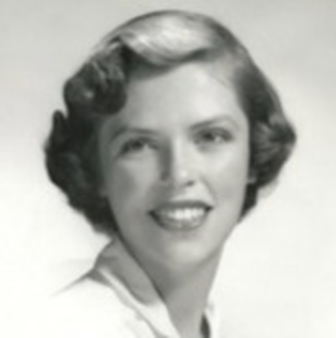 Julianna Mortensen, 90, passed away on Sept. 4.

Julie was born on July 20, 1929 in San Diego to Richard F. Kahle and Katherine Morrison Kahle. After her parents got divorced and her mother married Harold L. McClinton, Julie went by the name Julie McClinton.

Julie graduated from Rosemary Hall in Greenwich, Connecticut in 1947 and attended Oberlin University in Ohio in 1948-1949.

In 1950, Julie married William V. Ashley, son of Daniel W. Ashley and Lillian Keith Ashley of Darien, whom she met while working as a teller at the Union Trust Company branch (now the Wells Fargo branch) near the Darien train station.

— This obituary was previously published in the Darien Times.

She had been living near the home of her daughter, Catharine Ashley Muskus.

Julie was a member of the Junior League and the Wee Burn Country Club. In the 1970s, she worked as the audio/video department manager at Darien High School and in the 1980s as a bookkeeper for an accounting firm in Stamford and for her second husband’s insurance company.

Her true vocation, however, was her children and grandchildren and her gothic romance novels, which she read at a pace of one a day.