Joan Halloran Corning, a longtime former resident of Darien, passed away peacefully on Friday, June 28, 2019 in Rhode Island, where she had been living since 2014. 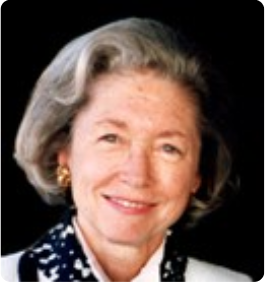 Joan Halloran, 87, passed away on June 28. Her funeral will be private.

She grew up in Stamford, went to Classical High School in Worcester, Massachusetts and graduated from Wheelock College in Boston with a B.S. in early childhood education in 1953. She taught second grade in Evanston, Illinois and at the Newfield School in Stamford.

Joan and Bud were married in 1956 at St. Luke’s Church and would have celebrated their 63rd anniversary on July 14, 2019. They raised their children in Darien, where they were members of Noroton Yacht Club.

Joan was active in child-related community programs. She served as vice-president of the Hollow Tree School PTA, Middlesex Junior High School PTA and was a member of the DHS Advisory Committee.

— This obituary previously was published by the Darien Times.

She was past chairman of the Wheelock Club of Southern Connecticut, a board member of the Junior League of Stamford-Norwalk and of the Child Care Center of Stamford.

She was a co-chairman of the School Tutorial and Enrichment Program (STEP) in Stamford and an advisor to the School Volunteer Program. She chaired the Youth Employment Service in Darien and served as training chairman for Darien Answers.

She was a volunteer at the New Canaan Community Nursery School, Stamford Hospital, and in the DHS Guidance Department. She also tutored homebound students in Darien public schools.

A member of the Wheelock College Alumni Board, Joan became a staff admissions counselor for Wheelock College in southern Connecticut and Westchester. She hosted teas for prospective students at her home and visited area high schools to talk with students interested in a career working with children.

Joan was a member of the Darien Community Association. She was an avid reader; she loved good books and discussing them with friends and book groups. She enjoyed all children, and her greatest joy was spending time with her two grandsons. She loved beaches, garden tours, watercolors and good restaurants.

In addition to her husband, she is survived by a daughter, Libby DeMille of Cape Elizabeth, Maine; a son, Ted Corning, and his wife, Sandy, of East Greenwich, Rhode Island; and grandsons Nate Corning of Somerville, Massachusetts and Andrew Corning of Seattle. A private family gathering will be held in Rhode Island.