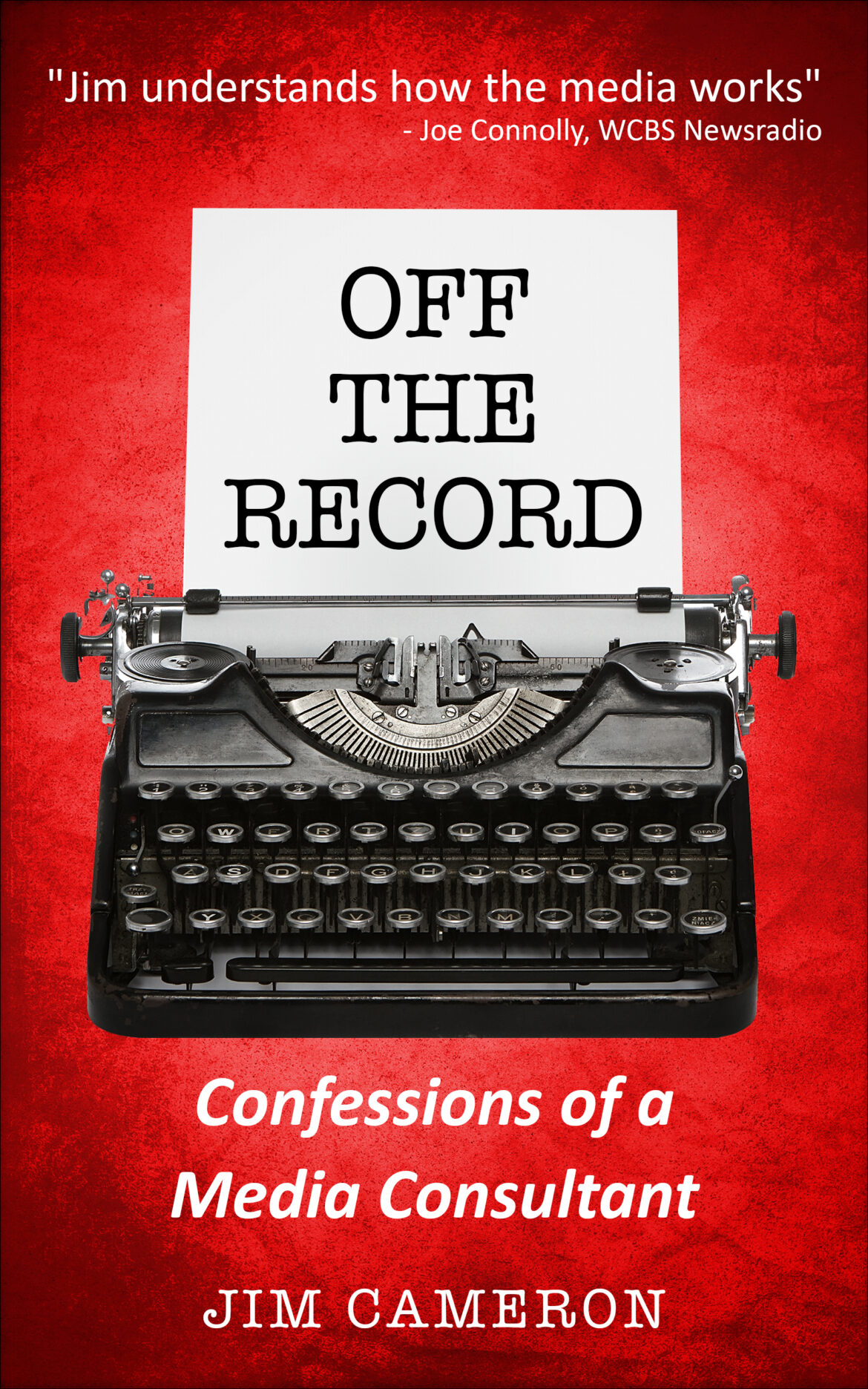 Former network journalist Jim Cameron, whose many hats include programming director of TV79 and transportation columnist for Darienite.com and elsewhere, has also been a media consultant for decades, and he’s just written a book about his craft — “Off the Record: Confessions of a Media Consultant.”

“Have you ever wondered how CEOs, celebrities and star athletes prepare for media interviews? They consult with a media trainer,” he says his announcement about the book.

“For almost 40 years Cameron has been a media consultant to hundreds of corporate and public relations clients, preparing their clients for tough media interviews.” 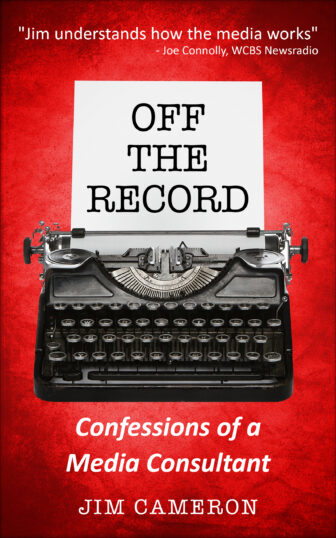 More from his news release:

“I have always told my training clients that the best way to deliver their messages is through the use of stories. Anecdotes connect with the audience and help sell the veracity of your message,” says Cameron. “That’s why ‘Off the Record’ is a collection of true stories of how I helped advise my clients’ media strategies,” says Cameron.

“The idea is to share the lessons I’ve learned — and the mistakes I’ve made — to help others benefit from the hundreds of clients I served.”

Cameron, whose media experience includes broadcasting (NBC News, local radio) and print (INC Magazine, Hearst CT Media), promises that all of the stories in his book are true, but “the names have been changed to protect the guilty.”

Available now on the Amazon platform as an e-book and paperback, “Off the Record” includes stories of his run-ins with network TV newsmagazines, big-ego’ed doctors and dot-com moguls as well as countless celebrities.

Who is Jim Cameron?

Cameron is best known locally for his advocacy on behalf of Metro-North commuters and his weekly “Getting There” column for the Hearst CT Media newspapers. He also serves on the Darien Representative Town Meeting and as program director of Darien TV79, the town’s government television station.

“Like the time I was training a cattle farmer, only to discover we were being spied on by animal rights activists. Or the media tricks I learned from Connecticut Governor Ella Grasso for dealing with impatient TV reporters. I even confess the biggest mistake I ever made giving an interview, getting caught ON the record saying words I still regret.”

From touring a nuclear power plant to working alongside “the Edward R. Murrow of my generation” to narrating an audio-book for Donald Trump, Cameron’s book is full of advice and lessons-learned from almost four decades on the job.

For more about “Off the Record: Confessions of a Media Consultant,” click here for the paperback version; for the Kindle audio version, click here. At the moment, the book is only available on Amazon, Cameron said on Monday.