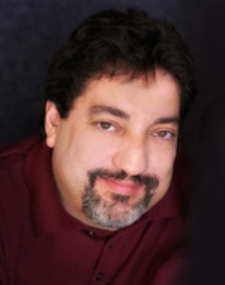 Jeffrey Mucciolo passed away on Aug. 31. His wake is scheduled for Friday, and his funeral will be on Saturday.

Jeff attended Darien High School, graduating in 1983, then from Syracuse University, where he studied radio, television and film.

Jeff was a gifted copywriter and interactive advertising expert who worked in the New York City medical advertising industry for the past 30 years.

The passion he had for life came alive in his music. He was an extraordinary drummer and percussionist who made everyone he collaborated with sound better. Through his membership in the Off Wall Street Jam and The Jam NYC he was able to share his musical talent with countless bandmates and audiences.

[Editor’s note: On July 20, he performed an outdoor concert in downtown Darien.]

Jeff combined his work with his drumming passion as the “ringer” for numerous agencies in the industry’s annual Pharmapalooza event.

Jeff was also the devoted brother-in-law of Nancy and her husband Kenneth Reinhalter, Karen Edwards, Marjorie and her late husband Lawrence McCarthy III, and the late Joseph G. Edwards III.

Beloved by everyone who met him, especially his nieces, nephews, cousins, bandmates, colleagues and dear friends, Jeff gave his all to everyone he knew and asked for nothing in return.

The world is a better place due to Jeff’s kindness, enthusiasm, wit and his generosity of spirit. The legacy he leaves behind includes the indelible mark he made on his family, friends, and everyone who had the privilege of knowing him.

Condolences may be left at the funeral home website.