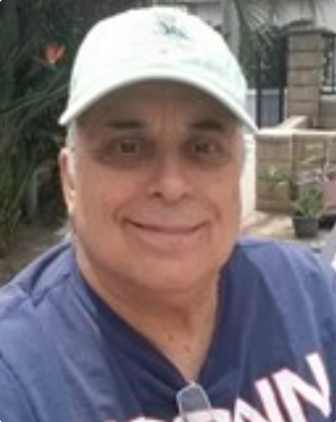 Upon returning from Vietnam, he suffered a spinal cord injury from an unfortunate motorcycle accident, which put him in a wheelchair for the rest of his life. That did not deter Jim from living life to the fullest and moving to California to pursue a law degree.

Jim loved life in California and had many close friends and business associates, several of whom joined him on his horse racing and Las Vegas escapades. He loved jazz music, barbecues, his mother’s homemade meatballs and sauce (which he often tried to replicate), horse racing, playing poker and Italian pignoli cookies.

— This obituary was published by the Los Angeles Times, Darien Times and other publications.

To all who knew him, he was memorable for his quick wit, infectious smile, kind heart, love of life, steadfast legal demeanor, helping others and most of all his laughter.

Jim is survived by his two sisters: Kathryn Strachan of Fairfield; and Cheryl Russell, and her husband Lane of Darien; his two nieces: Robin Russell Winchester, her husband William, and their daughter Skylar of Barkhamsted; and Shannon Russell Dey, her husband, Mathew, and their two children: Ellie and Conner of Darien; and several lifelong friends from Connecticut to California who shared many laughs and good times with Jim.

In lieu of flowers, please send a donation to Habitat for Horses or the Miami Project to Cure Paralysis in honor of Jim.