UPDATE: Earlier today, Wednesday, Darienite.com published a letter to the editor (below) from Benoît Jamar of Raiders Lane saying that first selectman candidate Tara Ochman had said in the candidates debate that she had testified in Hartford against the “proposed ‘take over'” of town zoning regulations by the state. He said Ochman’s campaign had not responded to his request for the transcript of that testimony.

Ochman sent Darienite.com her emailed reply to Jamar, dated Oct. 24 (this past Sunday), and a copy of her second reply, sent today (Wednesday).

Thank you for reaching out. I was in Hartford to testify against bills associated with school regionalization and the creation of special education cooperative.

And, on both issues I was the only locally elected official to testify in person on behalf of Darien. All associated bills did ultimately fail.

I believe during the debate, I referenced that I thought the zoning bills brought in Hartford last year went too far, and did not understand the impact on small towns. I did not support them. Those bills also did not pass. However, I did not testify on those, and in my elected position on the Board Education I would not have had standing to do so.

Mr. Kleins views of affordable housing are his own, but I think it is safe to say we can all support good leaders even when we disagree on particular issues.

Leading the Board of Education as Chairman for three years, on a 6-3 Republican majority Board, has taught me that many times groups have to work together to create sound results often times among differing views.

I hope that is helpful. Please feel free to reach out if you have any questions.

I was vey surprised to read a letter in the Darienite saying that I had not responded to your question.

Please see email below which was sent on Sunday evening.

Also, I went back and rewatched the LWV debate. I did not say I had testified on the zoning bills.

I would respectfully request a retraction, or correction.

If you have any other questions please let me know. I’m happy to have an open dialogue with you, but I did find this letter particularly concerning.

It may be the case that is was submitted by someone on your behalf who was not informed.

During the candidates debate of the Darien League of Women Voters, Tara Ochman stated that she was the only candidate who had gone to Hartford to testify against the proposed “take over” by Hartford of our zoning regulations. 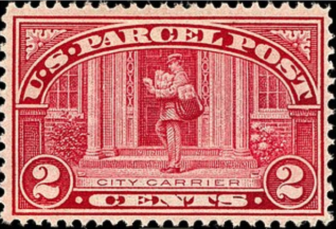 Two-cent U.S. postage stamp. You, too can put in your two cents’ worth with a letter to the editor published by Darienite.com. Email it to dave@darienite.com. Election letters will be accepted up to 11:59 p.m., Thursday, TOMORROW, Oct. 28, 2021.

I then used the “contact me” feature on Tara Ochman’s website to request a transcript of her testimony against the proposed bills on zoning regulation, but never received any answer.

Did Tara Ochman really testify in Hartford against the proposed regionalization of the zoning regulations?

If yes, shouldn’t Darien voters be allowed to see that testimony? Or do we need to use the freedom of information act to see it?

First note from the editor: This letter was submitted through Rachel Bauer Taylor on behalf of Benoit Jamar. For any future election letters, Darienite.com won’t be publishing any that don’t come from the letter writer directly, especially near the end of election season.

The early deadline for election letters is meant to give campaigns the opportunity to respond to criticisms and attacks in time for voters to see the response. Darienite.com will be publishing any such responses to letters published here if the responses are sent to Dave@Darienite.com by 11:59 A.M. (a minute before 12 noon) on SUNDAY, OCT 31. The candidate should call (203) 822-2603 and leave a message stating the emailed statement is from the campaign or leave a phone number in the email so that Darienite.com can confirm that the statement is from the campaign.