When we get on an airplane we buckle up, read the safety card and are given a demonstration on the oxygen masks and emergency exits. Those things can save lives should something go wrong.

But when we get on a train, either Metro-North or Amtrak, we settle into our seat and zone out. We assume we’re safe.

That’s what passengers on an Amtrak train in Missouri thought this past week… until their train’s locomotive hit a dump truck on an unguarded private grade crossing and derailed. Four passengers were killed and 150 injured, many seriously. 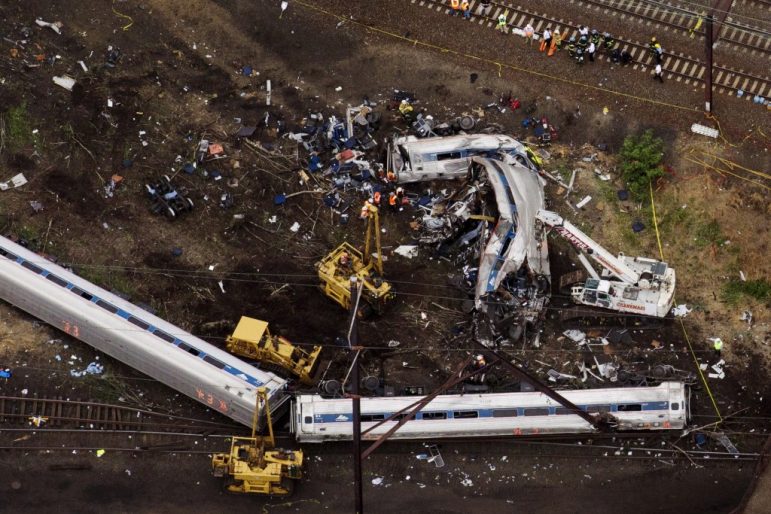 That accident gave Geralyn Ritter a flashback to her near death experience on a far worse, high speed crash on Amtrak in 2015. Her new book ”Bone by Bone”, recounts her years of surgery and recovery, donating all proceeds to the American Trauma Society.

Ritter, then an executive at Merck, was heading home from Philly to New Jersey when her train, Amtrak 188, hit a 50-mph-curve at 102 mph and literally came off the tracks. Ritter was in the first car, which hit the ground with such impact that it was demolished. 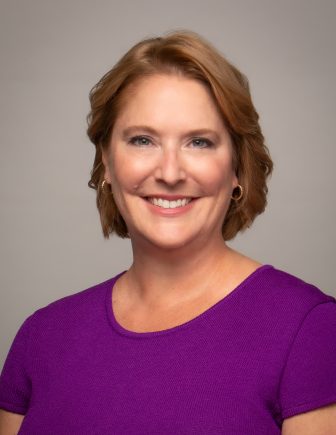 Ritter happened to be standing in the aisle when the train hit the curve.

“I noticed the train seemed to be moving faster than usual. For a fleeting moment, I was pleased. Maybe we’ll arrive early,” she thought. Then the speed got more violent.

“I was clutching the (overhead baggage) rail with both hands to keep from falling. Then the train tilted. I braced myself, both arms straining to hold onto the bar above my head. “What the—?” I yelled. I remember the overwhelming force pulling my body. I remember my confusion, trying to make sense of it. The whole train can’t actually be tipping over. In a flash, I realized it was true — we were crashing. The sound of my own scream is the last thing I remember.”

When rescue workers found her, unconscious, she’d been thrown from the train. Others were crushed inside the cars. Eight were killed and 200 injured, 11 critically. Ironically the engineer, later charged in the crash, walked away with just a few bumps and bruises.

Amtrak assumed full responsibility and paid $200 million in settlements; an amount capped at the time under law.

Amtrak’s liability came, in part, from its lack of installation of PTC, positive train control, a technology that would have stopped the train from speeding and avoided the crash.

Had it been installed on Metro-North, PTC would have prevented the deadly Spuyten Duyvil derailment in 2013 that killed four and injured 61 when an engineer spaced out and entered that notoriously sharp curve at three times the speed limit.

After years of surgery and therapy, Ritter is recovered now but still in pain. She told me she wrote “Bone by Bone” to inspire others fighting to recover from traumatic injuries.

She’s back on the road for business, yes even on Amtrak. Today she’s always aware of her surroundings, looking for emergency exits when taking a seat. She never sits by a window nor in the front car on a train.

When Ritter’s Amtrak train passes the scene of her accident near Philadelphia, she says a prayer for her fellow passengers on that night — and gratitude for her survival and for the medical community that made that possible.