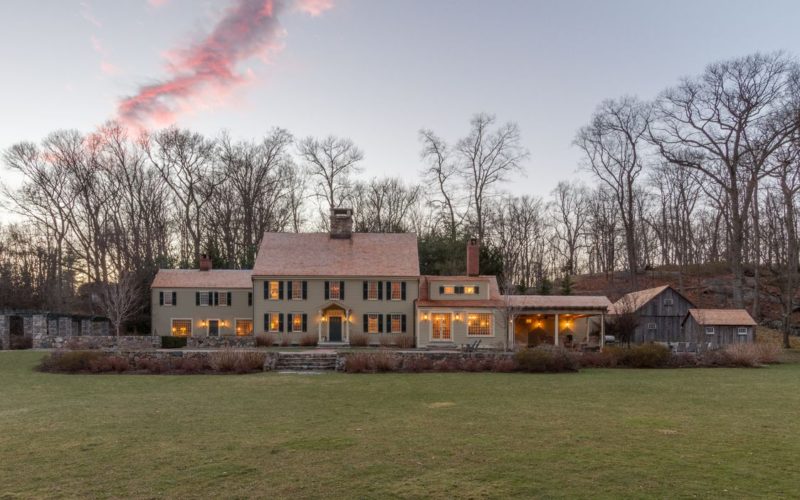 A historic home can offer a one-of-a-kind experience for a buyer who can appreciate it. When you walk through the doors of this house for sale at 40 Swifts Lane in Darien, you realize that you are being transported back in time, to an age when things were tremendously different.

Entering its main living room, with its enormous fireplace, you wonder what life was like back in 1719, when the home was built. To give you a frame of reference, 1719 was the year that Moses Mather, the first ordained minister of Darien’s first parish, was born. 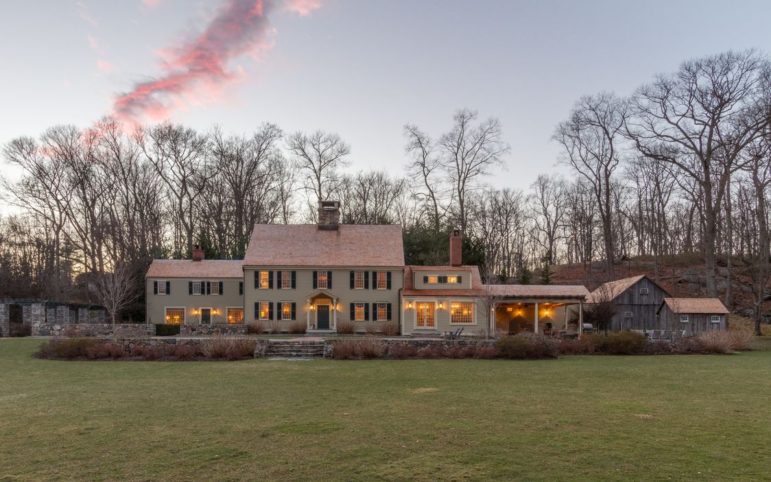 As you take a look around at its multiple stone fireplaces, wood paneling, wide-planked chestnut floors and large wooden beams overhead, you can’t help but wonder what this 5,000-square-foot house has seen.

Part of its history came in the early 20th century, when the house was actually moved to Swifts Lane from its original Southington location in the mid 1920s.

The series of events, which led to its relocation, are described in an August 1928 article in The House Beautiful, written by its first Darien owner, Dorothea Abbott Swift. She describes falling in love with the old house while on a drive with her husband through Southington, a location “too remote from New York” for the couple.

Three years later, when purchasing “some unusual and beautiful land on the shore of a pond in a town 50 miles nearer to New York”, the memory of the old house in Southington came back to them. They returned to luckily find the house still for sale.

The Swifts coordinated the purchase of the home and employed Mr. Elie Comeau, who would carefully dismantle the house, piece by piece, and painstakingly transport it to Darien and rebuild it.

Amazingly, Swift recounts that Comeau didn’t number any parts of the house except for the windows and some of the paneling, but “carried the location of every beam and piece of moulding in his mind.”

She also recounts how “It was amusing to see tubs and washbasins piled up in the old barn at Southbury, with hay between them to keep them from injury while waiting to be moved.” It took two months of dismantling and nine months of rebuilding to finish the project.

The current owner has meticulously restored and modernized the now “smart” home, while preserving most of its historic charm, including original hardware. Something old is new again.

Diane Farrell is a realtor with Houlihan Lawrence in Darien. A 20-year town resident,  she is a board member of the Tree Conservancy of Darien. Her marketing and public relations business, Farrell Marketing and Media is based in Darien. You can reach her at dfarrell@houlihanlawrence.com or (203) 984-0644.