It was the railroad trip from hell: the hottest day of the year, stuck for five hours on a sold-out Amtrak train where only half the cars had air conditioning.

The ride to Washington days earlier had been uneventful, almost on time and pleasantly cool, even though I’d made the mistake of taking a Northeast Corridor train, not Acela. Its older Amfleet cars, though recently refurbished on the inside, are still 50 years old.

Already a half-hour late arriving in Washington from Newport News, Virginia, Train No. 88 arrived on one of the low-level platforms, meaning boarding passengers had to cue up for about 30 minutes before even being allowed on the platform to board. 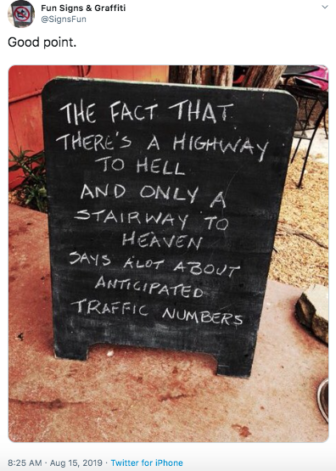 Another take on transportation and the bad place.

One of the station agents said “extra cars” had been added in Washington, so I immediately headed to the front of the train where I assumed the new cars would be empty. It was already 98 degrees in D.C., heading for a “feels like” high that day of 110, so I was looking forward to the super-AC Amtrak is known for.

No such luck, as even the newly added cars were only slightly cooler than outside. That’ll improve when we get going, I thought. Wrong!

By Baltimore, it was getting hot and the fan system was intermittent. Pleas for help to the conductors brought nothing more than promises that “they’ll try to reset the system in Philly,” another hour away. 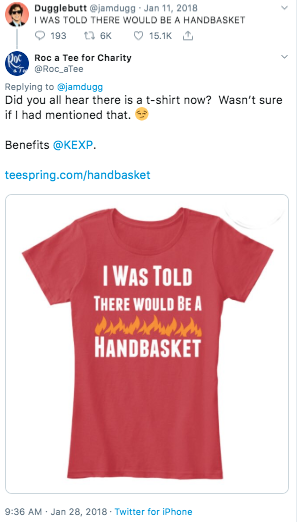 More on transportation and the bad place.

The train was getting later and later on its schedule, partly because of the heat’s adverse effect on the power lines and potential warping of the rails. Knowing there would be a lot of passengers getting off and on in Philly, I plotted my move to one of the few cars with breathable air. Success: a cooler, though not cold, car with seats.

At Philadelphia, nothing changed, though we did learn that five of the 10 cars on this train bound for Boston carrying 700-plus passengers were without air conditioning.

The D.C. conductor crew never apologized, though they did offer small, free bottles of water, which quickly ran out. But when a new set of conductors boarded in New York, the tone changed significantly.

“We apologize, folks. This is not the kind of service we want to provide or you deserve. Please call 1-800-USA-RAIL and register a complaint. If the cars don’t reset after New York, we’ll try again at New Haven,” one conductor said on the P.A. system.

We got off in Stamford, arriving 90 minutes late, so I don’t know if the cars ever did get cooler during the next four hours to Boston.

The next day, I called Amtrak customer service. A veteran agent with more than 20 years experience commiserated, empathized and got me a refund voucher.

“Those old Amfleet cars shouldn’t be refurbished, they should be retired,” she said. “Their air conditioning is either on or off. There’s no moderating the temperature. Next time you should take Acela,” she added.

Never mind that Acela costs twice as much. Its AC works and it’s mostly on time. I’ve learned from my mistakes.