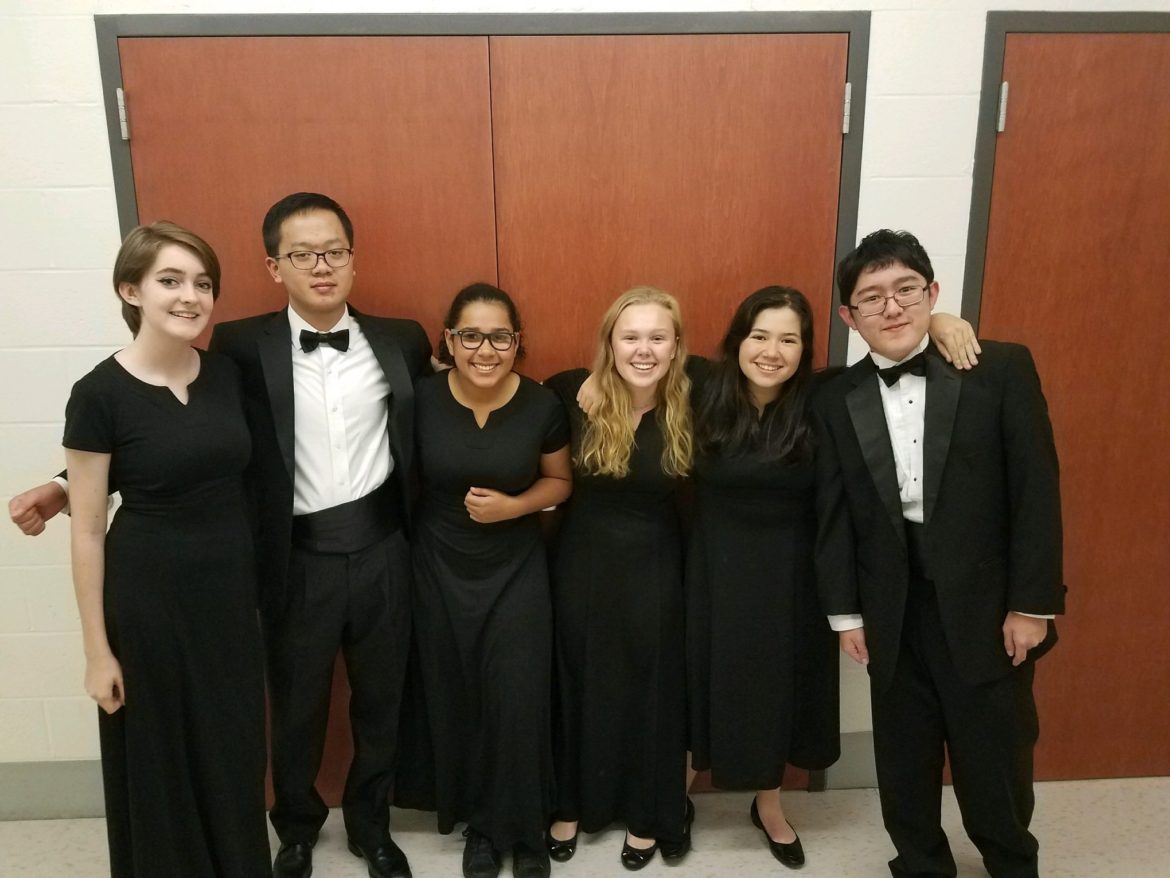 Here’s the low down on what’s up around town:

The festival featured students from 15 high schools from throughout the state in both a Symphonic Band and Wind Ensemble conducted by guest conductors Michael Breaux from NYU and Gerald Dolan of Gordon College. 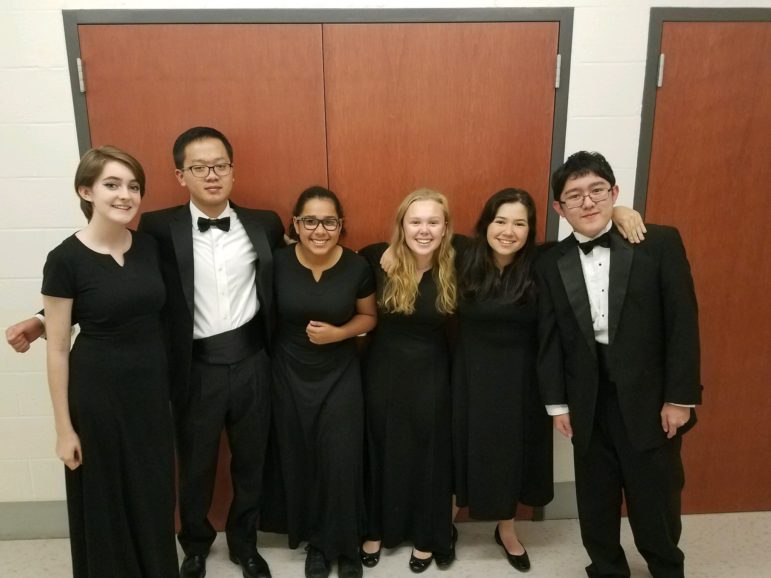 The Darien YMCA is offering discounts on their personal training and therapeutic massage packages on Black Friday, Nov. 24, as well as Saturday, Nov. 25 and Sunday, Nov. 26. 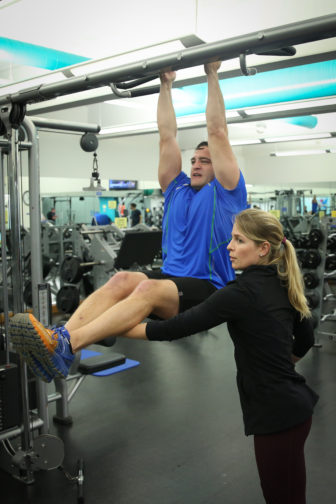 Non-members will receive discounts of 15 percent off on packages of 10-20 private or semi-private (two-person) personal training sessions while members receive 20 percent off these packages.

Discounts on massage packages will also be 15 percent for non-members and 20 percent for members.

Local country  & western band Gunsmoke recently raised $2,000 for hurricane relief in Texas, Florida and Puerto Rico through its “Music for Hope Hurricane Relief Concert” held on Oct. 20 at the Piedmont Club of Darien. 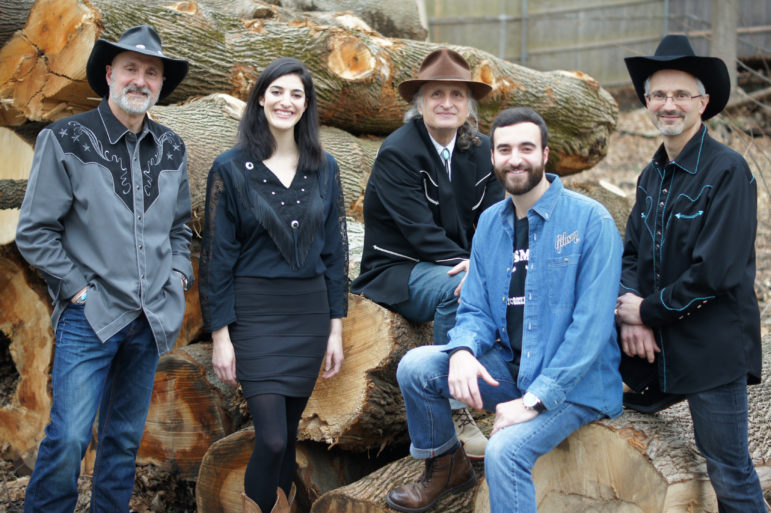 Half the money will be donated to the American Red Cross and the other $1,000 will go to the charity Samaritan’s Purse. To find out more about Gunsmoke, visit GunsmokeBand.Com.

Spencer Segura, 11, of Darien played in a Net Generation Kids Clinic at the U.S. Open on Sept. 9. He was one of 400-plus kids from the area getting to play on the same courts the pros play on during the U.S. Open. 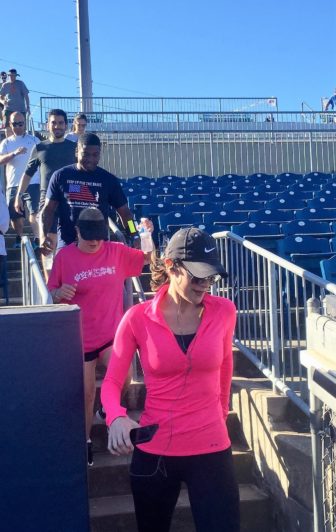 Photo from Homes for the Brave

Climbers followed a course of 1,000 steps in the Ballpark at Harbor Yard stadium.

Held at the Ballpark at Harbor Yard in Bridgeport, it was attended by nearly 200 veterans, fitness enthusiasts and generous supporters.

They laced up their sneakers and climbed stadium stairs to raise almost $37,000 to date for the nonprofit organization.

Collective Soul Frontman and Lead Vocalist Ed Roland was present at the Sept. 23 event to sign autographs and take photos with fans.

Pics from the Holmes School Picnic (we know, we’re late with these, but no way are we going to ignore these cute photos forever — no way): 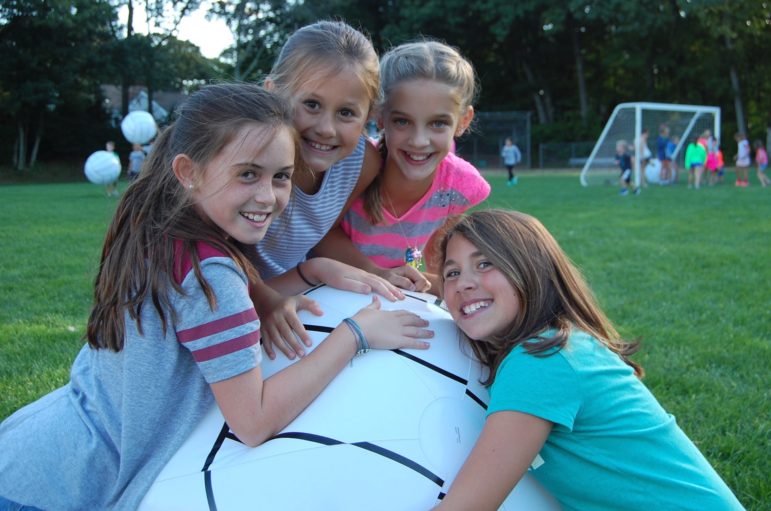 Second graders Eleanor Lubeley, Catherine Parent, and Olivia Farmer are happy to be back together and celebrate the new school year. 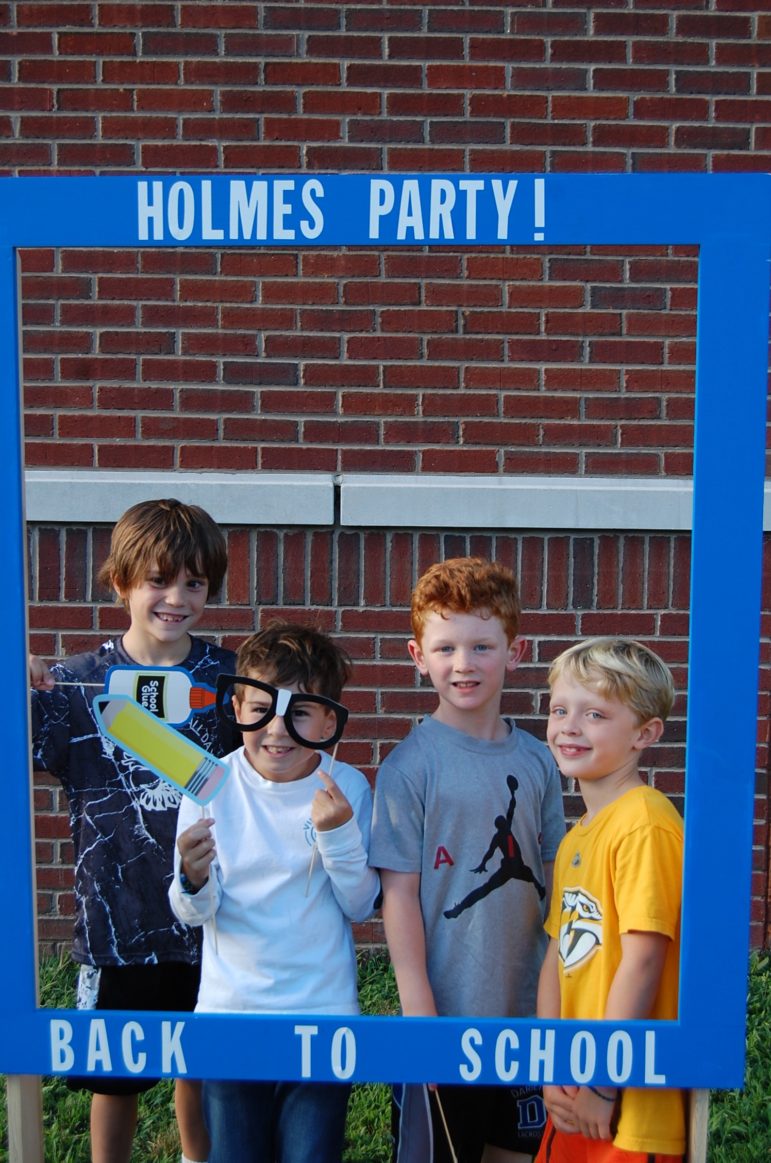 Rosemary Wayland, Claire Woodbury, Elle Schaller, and Ella Woodbury have a ball during the Back to School picnic 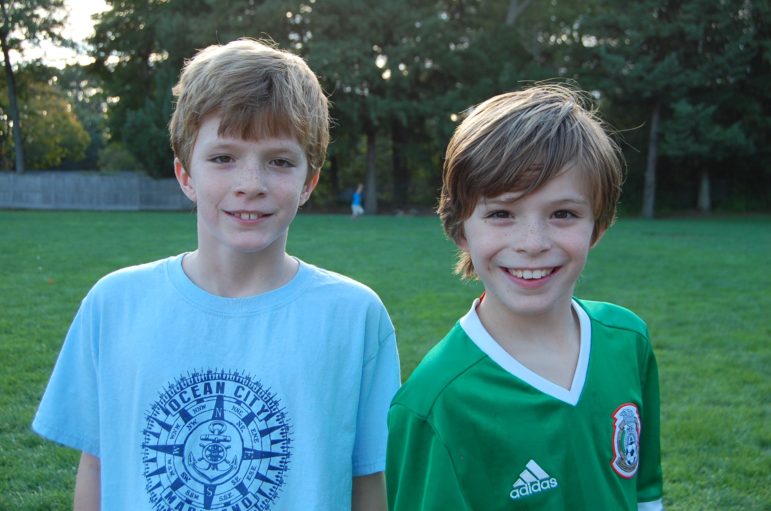 At the annual Family Day Dinner at the Darien Y, sponsored by the Community Fund of Darien, Thriving Youth Task Force, The Lower Fairfield County Regional Action Council, Darien YMCA and the Darien Youth Commission on Sept. 22, families enjoyed dinner, crafts, pool time and gym time during this event that was free to the public. 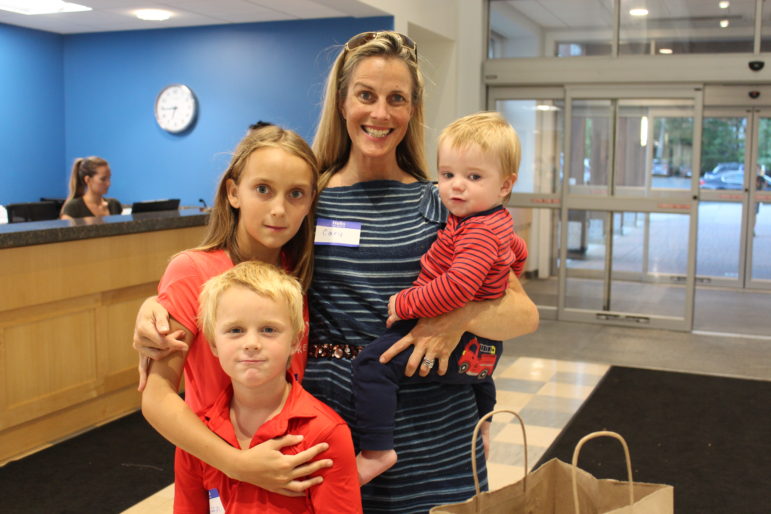 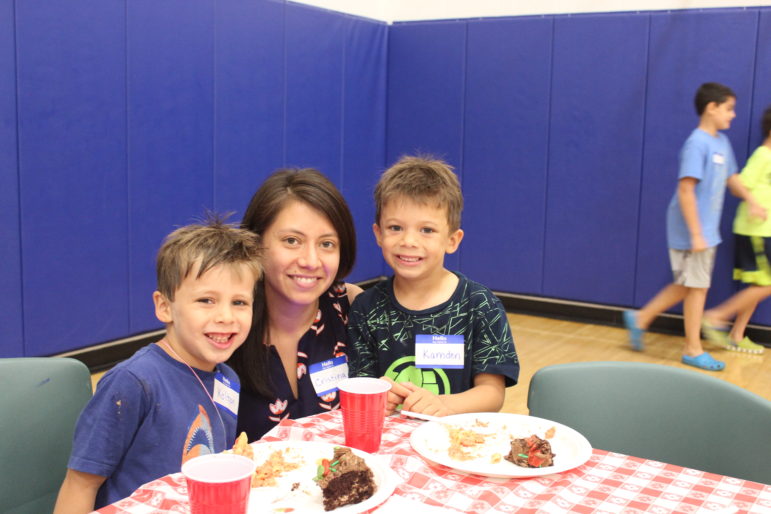 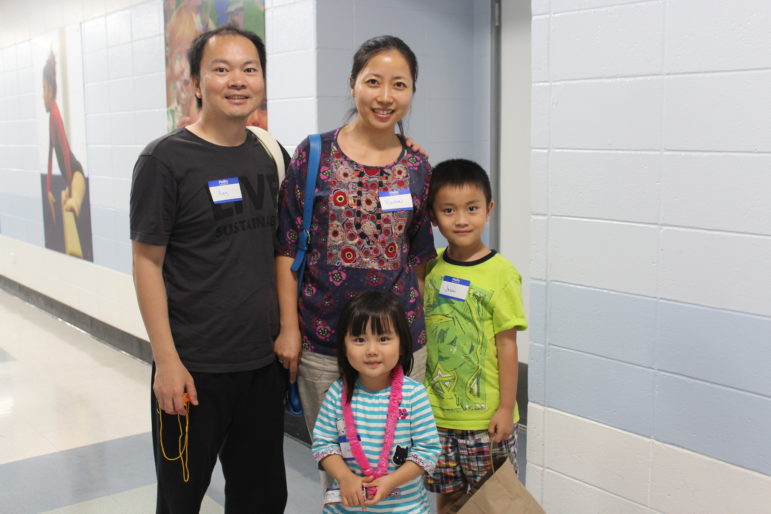 He will manage the bank’s loan portfolio, supervise the lending teams and work to ensure the community bank’s long term profit growth. Laughinghouse will report to and work directly with the bank’s President, Richard A. Muskus Jr.

Laughinghouse previously served as chief lending officer and senior vice president of the First American International Bank in Brooklyn, N.Y. Before that, he worked as a bank official at two banks in New Hampshire.

“Scott’s depth and range of experience in lending will bring incredible value to Patriot Bank and our banking teams. His addition will support the continued expansion of Patriot’s market and footprint,” Muskus said. “His experience adds even more value to an already strong banking team.”

A record $160,000 was raised by 96 area business professionals during The Maritime Aquarium at Norwalk’s 7th annual Maritime Golf Classic on Sept. 11 at Wee Burn Country Club. Naturally, Darien golfers were among the participants. 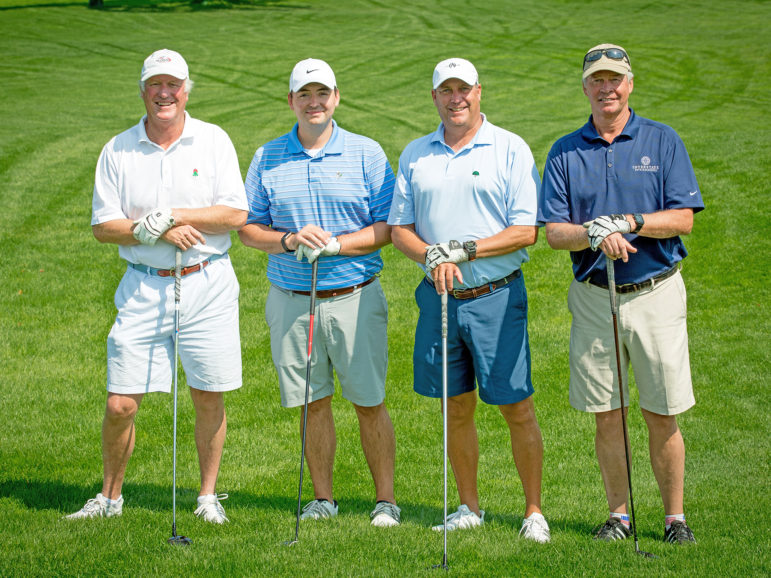 Among the foursomes were (from left): Doug Milne of Rowayton, Tom Dornan of Westport, Chris Riendeau of Larchmont, and Paul LeBlanc of Darien. 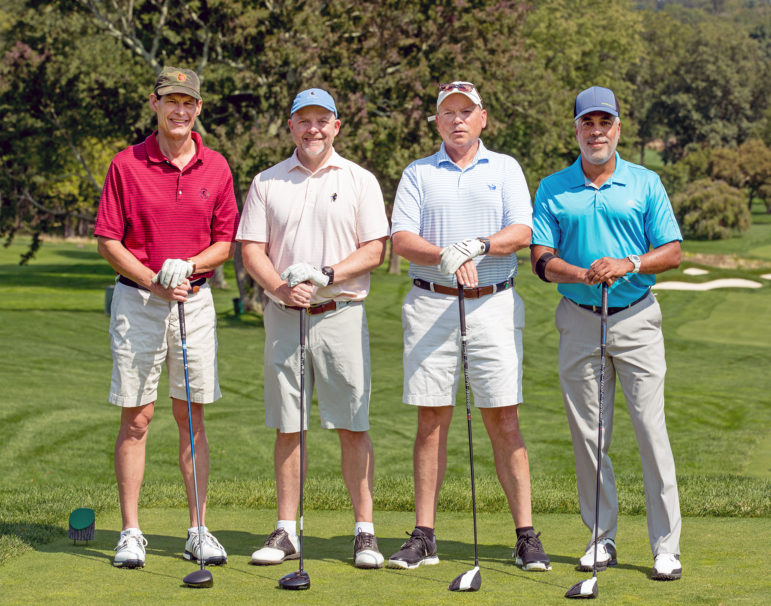 From left: Earl Mix, David Durkin and Ed Stearns, all of Darien, and Luis Acosta of Old Tappan, N.J.

From left: Ashish Arora of Avon, Lincoln Schoff of Darien, Ted Tregurtha of Ridgefield and Doug Hansen of North Haven. 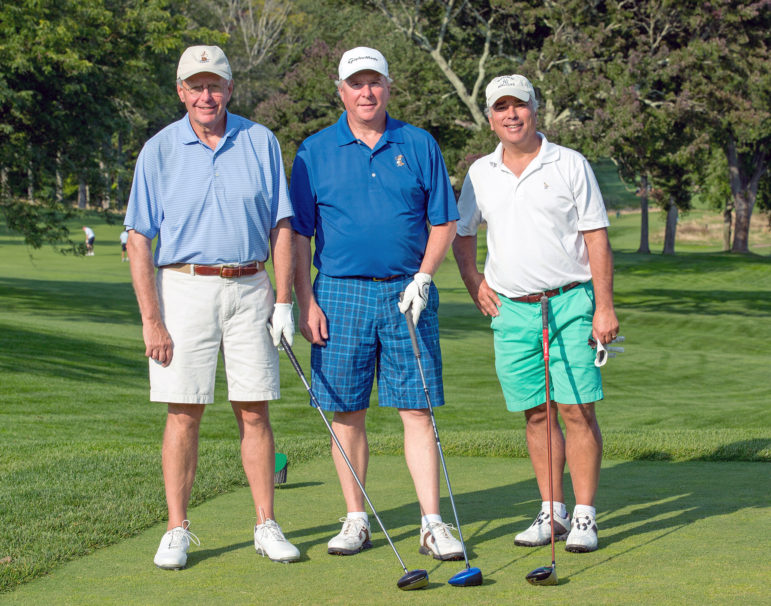 From left: Bob Benjamin of Pound Ridge, Ed Granelli of Stamford and Ron Desoiza of Darien.

Proceeds from the event will support the Aquarium’s environmental-education programming.