You don’t need to be hit with that 6 percent hike in Metro-North train fares all at once on Dec. 1 if you take a simple step or two in buying tickets in advance, commuter advocate and Darien resident Jim Cameron advises. 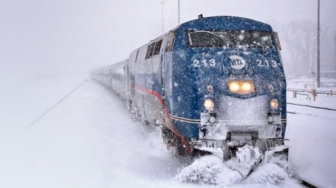 As House Stark says in Game of Thrones: “Winter is Coming.” Be ready.

In an email sent to commuters by Cameron’s Commuter Action Group, he notes several ways you can get around the fare hike, or much of it, for months.

One option, buying tickets on the Web, can let you get a discount on current prices. If you’re not buying them that way already, and if you buy enough for six months (and don’t buy any more than you need), you might erase most of the cost of even the first year of the fare increase.

As you know, Connecticut fares on Metro-North jump 6 percent on Dec. 1:  5 percent to cover the current operating deficit and 1 percent to help pay for the M8 railcars. But you can “hack the hike” by buying tickets BEFORE the fare hike, and here’s how:

TEN-TRIP TICKETS are good for six months.  Buy as many as you think you and your family can use in that period.  The ten-trips can be used by anyone and shared if you’re traveling in a group.

ONE-WAY TICKETS are good for 60 days.  Again, don’t buy more than you can use.

MONTHLY TICKETS cannot be bought in advance, so you’ll have to pay the new rate at the first of each month.

WEB-TICKETS offer an additional 2 to 5% discount over prices at ticket machines or GCT.  But they will stop being sold after 12/1, so here’s your last chance to grab a true bargain.

REFUNDS on unexpired tickets cost $10, so don’t buy more than you know you’ll use.

This is all perfectly legal and happens every time there’s a fare hike.  Share this with your fellow commuters and lock in those savings before Dec. 1.