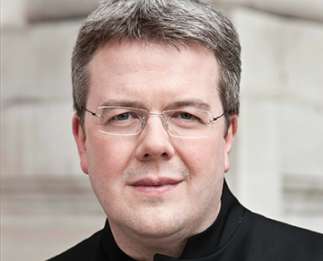 Guest Conductor Paul Watkins, will conduct Haydn, Mendelssohn and Schumann when he takes the podium in Stamford Symphony’s third concert in Our Next Maestro 2017-2018 Season.

Violinist Benjamin Beilman will be returning to theSymphony as guest soloist performing one of Mendelssohn’s most prominent works, his Violin Concerto.

At the next concerts, Stamford does not anticipate Chandeliers falling from the ceiling (like at the premiere of Haydn’s No. 102), but we do expect to be in awe by what is often called one of the four greatest violin concertos (Mendelssohn’s Violin Concerto) and by a Symphony written in record speed (Schumann’s last composed Symphony was written in less than a month).

A neighbor in Westchester County, Paul Watkins is acclaimed for his inspirational performances and eloquent musicianship. He summarizes the March concerts:

Mr. Watkins enjoys a distinguished career as concerto soloist, chamber musician and conductor. During his solo career he has collaborated with world renowned conductors including Bernard Haitink, Paavo Berglund, Leonard Slatkin, Sakari Oramo, Gianandrea Noseda and Andris Nelsons, among others. He performs with all the major British orchestras and has made eight concerto appearances at the BBC Proms. 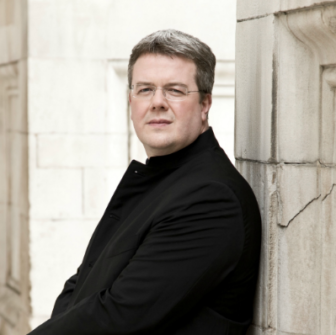 Paul Watkins is a dedicated chamber musician.  He was a member of the Nash Ensemble from 1997 until 2013, when he joined the Emerson String Quartet. With the Quartet he has travelled extensively, performing at major international festivals including Tanglewood, Aspen, Ravinia, Edinburgh, Berlin and Evian. He is a regular guest artist at the Chamber Music Society of Lincoln Center in New York and Music@Menlo, and in 2014 he was appointed Artistic Director of the Great Lakes Chamber Music Festival in Detroit.

He maintains a busy career as a conductor and in the 2009/10 season became the first ever Music Director of the English Chamber Orchestra. He also served as Principal Guest Conductor of the Ulster Orchestra from 2009 to 2012.

In 2006 he made his opera debut conducting a critically praised new production of Poulenc’s La Voix Humaine for Opera North. Recent highlights include his debuts with the Swedish Chamber Orchestra and Royal Northern Sinfonia, a tour of Norway with the English Chamber Orchestra, and his US conducting debut at the Lake Tahoe Summer Festival. Since then he has conducted across the US, with the Detroit and Omaha Symphonies, and CityMusic Cleveland Chamber Orchestra.

Benjamin Beilman is recognized as one of the fastest rising stars of his generation, winning praise both for his passionate performances and deep rich tone which the Washington Post called “mightily impressive,” and The New York Times described as “muscular with a glint of violence.” 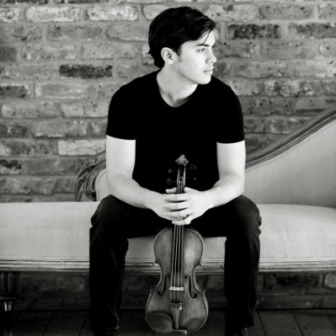 The Times also praised his “handsome technique, burnished sound, and quiet confidence which showed why he has come so far so fast.” Following his First Prize win at the Montreal Competition, the Strad described his performance of the Sibelius Violin Concerto as “pure poetry.”

Mr. Beilman’s recent highlights include performances with the Atlanta, Houston, Oregon, North Carolina, Indianapolis San Francisco and Chicago Symphonies, The Philadelphia Orchestra, and Orchestra St. Luke’s, as well as a multi-city tour of California play-directing the New Century Chamber Orchestra in a program including Bach, Stravinsky, and Andrew Norman.

In recital, he will premiere a new work written for him by Frederic Rzewski and commissioned by Music Accord, presented by Boston Celebrity Series and Shriver Hall, and on tour throughout the US in the 17-18 and 18-19 seasons.

Abroad, Mr. Beilman will make his Australian concerto debut with the Sydney Symphony where he will perform Jennifer Higdon’s Concerto, and debuts with the Scottish Chamber Orchestra and Trondheim Symphony. He will also perform the European premiere of Frederic Rzewski’s new work at the Heidelberg Spring Festival, and return to the Wigmore Hall in recital.

In 2010 he won the First Prize in the Young Concert Artists International Auditions, and as First Prize Winner of the 2010 Montréal International Musical Competition and winner of the People’s Choice Award, Beilman recorded Prokofiev’s complete sonatas for violin on the Analekta label in 2011. In 2016 he released his first disc for Warner Classics titled Spectrum, featuring works by Stravinsky, Janacek and Schubert.

Mr. Beilman studied with Almita and Roland Vamos at the Music Institute of Chicago, Ida Kavafian and Pamela Frank at the Curtis Institute of Music, and Christian Tetzlaff at the Kronberg Academy. Mr. Beilman plays the “Engleman” Stradivarius from 1709 generously on loan from the Nippon Music Foundation.

As part of the Maestro Search Season, all audience members will be able to share their thoughts about each conductor. Audience Feedback surveys will be inserted into the program book and ushers will be collecting completed surveys immediately after the concerts.

Stamford Symphonyencourages all concertgoers to participate as audience input is so valuable. As the Stamford Symphony and the audience embark on the journey to choose our next podium leader, it is important to attend each concert this season.

About the Stamford Symphony

The Stamford Symphony is one of Connecticut’s pre-eminent cultural institutions, championing the lifelong appreciation of classical music among all populations of Fairfield County through passionate, professional performances of the highest caliber, diverse and innovative programming, and inspirational education initiatives.  The Orchestra is comprised of professional musicians from the tri-state area, drawing its members from premiere ensembles including the Metropolitan Opera, New York City Ballet, the American Symphony Orchestra, the New York Pops, and the Orchestra of St. Luke’s.

Skitch Henderson was appointed Music Director in 1974, and with the hiring of Barbara Smith-Soroca as General Manager in 1979, the orchestra began its ascent to a fully professional orchestra and an integral part of the cultural fabric of Fairfield County. 1980 brought a new music director, Roger Nierenberg, who spent the next 24 years recruiting top musicians from the New York metro area and crafting a balanced ensemble of remarkable versatility.

Maestro Nierenberg expanded the Orchestra Classics Series and created new music and education programs, developing the Stamford Symphony as a valuable classical music resource for Stamford and its surrounding communities.

His successor, Eckart Preu was the most recent leader of the ensemble, appointed in October 2005, following an international search that attracted more than 250 applicants. Preu concluded his final season with StamfordSymphony in 2017. In the current season, five guest conductors will each have a week of concerts to determine who will become the Orchestra’s next Music Director.

The Stamford Symphony’s home is at the Palace Theatre where most performances occur in the beautifully restored venue. Music Education programs serving 6,000 students have grown to include FREE tickets for kids under 18, Concerts for Students: The American Experience, The Carnegie Hall’s Weill Music Institute Link-Up Program, Master Classes with students from the HARTT School of Music and more. More information is at www.stamfordsymphony.org