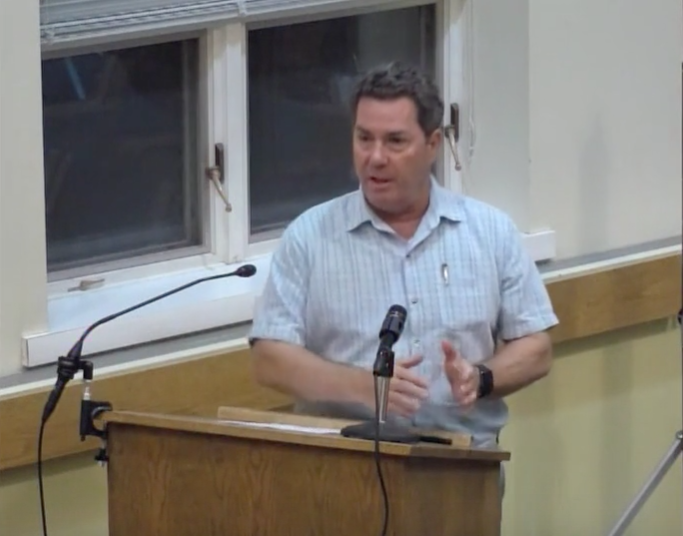 When the present Noroton Heights Shopping Center is demolished in order to make way for a rebuilt one, Glen Liquors won’t be moving into a temporary structure in one of the parking lots.

“We were turned down by Glen Liquors on the temporary building,” Greg Palmer, part of the family that owns the shopping center, told the Planning and Zoning Commission on Wednesday.

At that meeting, Palmer asked for permission for Embody Fitness Gourmet to relocate to a temporary structure in the same parking lot (between Palmer’s Market and the shopping center).

The commission gave its approval, but Embody may not. Embody “has asked us to pursue it [permission to relocate to a temporary building in the parking lot],” Palmer said. 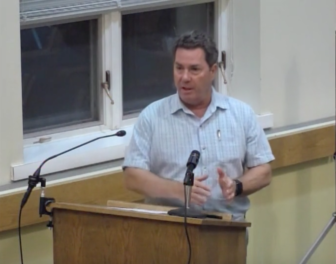 The business is still looking for a new site at a different location, Palmer said, and if it finds one, it may decide to move elsewhere. As Palmer did several weeks ago with Glen Liquors, he told the commission he was asking to get approval in order to be able to make a strong offer to an existing tenant at the shopping center, not because there was a deal already in place.

“They have not accepted the proposal yet. They’d like to consider it, as they look at other options, but it’s something that we’d like to have on the table for them, for the future.”

Commission members said that it didn’t seem worthwhile to repeatedly vote on different stores possibly moving into temporary housing in the parking lot, especially for businesses already existing in the shopping center. They gave approval to the shopping center to move any existing business or “existing use” now on the site, into a temporary structure in the lot. The vote was unanimous.

Palmer said that since Embody doesn’t need as much space as Glen Liquors, any temporary structure brought to the site would be smaller — somewhere around 700 to 900 square feet, about a third of the size of the building contemplated for Glen Liquor — and there were various sizes to pick from. A mobile structure would be brought to the parking lot for the store to move into.

The new temporary building would be a bit farther away from the retaining wall at the back of the parking lot than the previously approved building was, because AP Construction, the company contracted for the project, requested more room to work on the wall.

Palmer told Darienite.com that the shopping center was still working out the details for agreements to have two current tenants — U.S. Post Office and Fresh Green Light driving school — occupy spaces in the shopping center. He also is still talking with other tenants, he said.

The other huge redevelopment project planned for the Noroton Heights business district, The Commons, asked for an extension from its original timetable, extending it into the future somewhat. The commission voted to grant it.

As with the Noroton Heights Shopping Center project, construction would start this October, with some demolition. At the Commons, work on the planned stormwater retention system would start in the summer of 2020. Federal Realty was allowed a year to get the retention system completed.