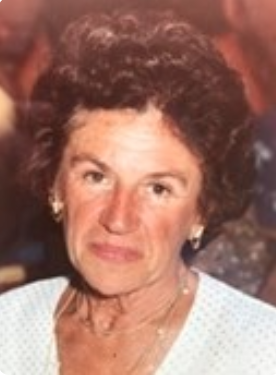 Gladys Marie Costello, formerly of Darien, died on Friday, Dec. 27, 2019 at Knollwood, Army Distaff Hall in Washington, D.C.. She was 96.

Gladys was the first child of the late Joseph T. and Gladys E. Julius Golden. She was born May 1, 1923 in Stamford. She graduated from St. John’s Parochial School, Stamford High School Class of 1941 and the Greenwich Hospital School of Nursing in 1944.

Gladys was a school health nurse for the City of Stamford and retired in 2002 at the age of 80, with 30 years of outstanding service. She took great pride in her career and was adored and appreciated by all.

Gladys was a second lieutenant in the Army Nurse Corps during World War II. She served as an orthopedic surgical nurse and after the war returned to Stamford and married the late Richard Francis Costello (Rich).

Gladys and Rich moved from Stamford to Darien in 1955. Gladys resided at their West Avenue home until December 2016, when health issues required admission to the Nathaniel Witherell Nursing Home in Greenwich. She then relocated to Washington, DC in October 2018.

Gladys was a member of the Greenwich Hospital School of Nursing Alumnae Association. She was a former member of St. Thomas More Parish in Darien and a plank owner of the United States Navy Memorial.

She was predeceased by her sister, Priscilla Golden Brock and is survived by a brother, Joseph Golden.

Gladys and her family were honored on Nov. 3 by the Town of Darien at a Veterans Street Naming Ceremony. The corner of West Avenue and Moore Street, their home for more than 60 years, was designated Costello Way.

A funeral Mass will be held at 10:30 a.m., March 17 at St Thomas More Church in Darien. Burial will follow at St John Catholic Cemetery in Darien.