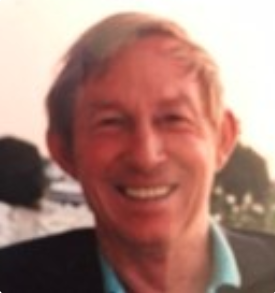 After a long battle with Alzheimer’s disease, William Olin Gray passed away Dec. 22. The Darien resident was 89 years old.

Mr. Gray was born Nov. 7, 1930 to Grace Lansingh Freeman Gray and Hiram Ligget Gray. He grew up in Riverside with his older brother, Peter Lansingh Gray, and younger sister, Nancy Gray Schaeffer, both of whom passed away in 2018.

After graduating from the Pomfret School in 1948, Mr. Gray attended Yale University and then the University of Michigan, receiving a Bachelor of Science degree in mechanical engineering at Yale and a bachelor of science in naval architecture at Michigan, where he studied under Harry Benford.

After winning the youth nationals at the age of 15, Mr. Gray had enormous success as a competitive ocean racer. As the navigator of two of the Carina yachts owned by Richard Nye, Mr. Gray won many blue water races, including the trans-Atlantic race to Sweden in 1955 the Bermuda Races of 1952 and 1956, and the Fastnet Races of 1955 and 1957. Mr. Gray was also the tactician of the Weatherly during her 1958 America’s Cup campaign.

Mr. Gray was proud of the fact that he visited seven foreign countries by boat before ever flying internationally.

After an honorable discharge from the United States Navy, where he served as a lieutenant junior grade on the USS Courtney, Mr. Gray began his career as a naval architect at the Quincy Yards of Bethlehem Steel in Quincy, Massachusetts.

Following the discovery of the Prudhoe Bay Oil Field on the North Slope of Alaska in 1968, Mr. Gray played a prominent role in converting an existing oil tanker, the SS Manhattan, into the world’s first ice breaking oil tanker, in an effort to determine if it was economically feasible to transport petroleum through Canada’s Northwest Passage.

Mr. Gray then oversaw tanker safety and intergovernmental relations for the corporation, working diligently with the Coast Guard and various international agencies to improve ship and waterway safety. Mr. Gray held four patents from his work in naval architecture.

A self-taught trombonist and lifelong jazz enthusiast, Mr. Gray founded two Dixieland jazz bands during his lifetime. The first, The Great Atlantic Jazz Band, was so successful that he was eventually replaced by a more experienced musician. Undaunted, Mr. Gray founded The Constitution Jazz Band, which played regularly throughout Connecticut at bars, weddings and festivals and ultimately released two CDs of traditional Dixieland jazz.

Mr. Gray served as a trustee of the Webb Institute and in 2002 received the Emory S. “Jerry” Land Medal for outstanding accomplishments in the Maritime field. Mr. Gray was a member of Saint Luke’s Church of Darien, the Cruising Club of America, the Society of Naval Architects and Maritime Engineers, the Connecticut Maritime Association, the Royal Ocean Racing Club, the Yale Club, Mory’s, the Tokeneke Club, and the Woodway Country Club.

Mr. Gray is survived by his wife, Faith Cook Gray; his daughter, Elizabeth Porter Gray of Guilford; his son, Andrew Wallace Gray of Baltimore; his step-daughter Anne Pragoff Paterno of Chester, Vermont; and his step-daughter, Julia Pragoff Grant of Beverly Hills, California. His daughter, Susan Gray Arana, predeceased him in 2016. Mr. Gray loved being Grampy to his thirteen grandchildren and one great-grandchild.

The family wishes to thank the wonderful caregivers at Waveny Lifecare in New Canaan.

A funeral will be held at 11 a.m., Saturday, Jan. 25, 2020 at Saint Luke’s Church in Darien. Donations may be made in his name to the Alzheimer’s Association

or The Seaman’s Church Institute.

— This obituary was published by the Darien Times.