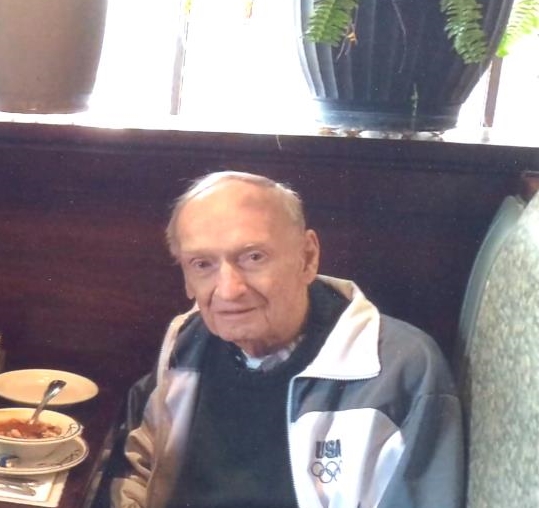 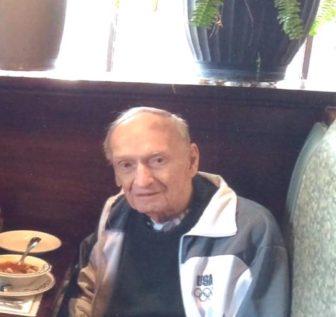 Mr. Hickson graduated from Darien High School in 1945 and from Tufts University in 1949. He received his master’s degree from Teachers’ College, Columbia University in 1959 and a Certificate of Advanced Study in Guidance from Fairfield University in 1975. He had also done summer work at the Sorbonne and Besancon University in France and at the University of New Hampshire.

He served in the U.S. Army from 1950 to 1952, first as a chaplain’s assistant at Ft. Devens, MA, and then at ALFCE ([Allied Land Forces Central Europe] a subdivision of SHAPE [Supreme Headquarters Allied Powers Europe]) in Fontainebleau, France.

He traveled extensively in Europe. In 1962 and 1965, he was a leader of student council students from the U.S. on tours for international understanding sponsored by the U.S. government and to Russia in 1990 and 1992 with the Darien High School Theater exchange groups.

In addition, he led several small groups of Darien students on European Tours.

Mr. Hickson taught French, English and Latin in the Darien schools until his retirement in 1992. He served as Foreign Language Department head at what was Mather Middle School [now Town Hall] for 20 years.

George had been an active member of St. John Parish since 1936, first as an altar server and later as a member of the choir. He had also served on several parish councils and as an Assistant CYO Teacher. More recently, he had been a Eucharistic Minister.

George is survived by three nieces and a nephew. He is predeceased by a brother, John.

A Mass of Christian Burial will be held at St. John Roman Catholic Church, 1986 Post Road, Darien at 10 a.m., Wednesday, Aug. 29, 2018. Burial will follow at Spring Grove Cemetery in Darien.