Darien Library Friday is showing Unbroken: Path to Redemption about Olympian and WWII hero Louis Zamperini after the events of the 2014 movie Unbroken. It was produced by different moviemakers. 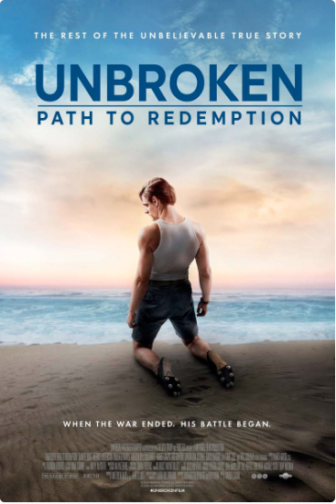 Zamperini’s story continues as he meets and marries the love of his life while struggling with his post-war angst and trouble with alcohol, until a chance meeting with Billy Graham in 1949 changes both of their lives forever.

The movie, released in mid-September stars Samuel Hunt, Merritt Patterson, Bobby Campo, Vanessa Bell Calloway and Gary Cole. The film is rated PG-13 for thematic content and related disturbing images. It is presented with captions for the hearing impaired.