Music in the Stacks at Darien Library: The Jabberwocks 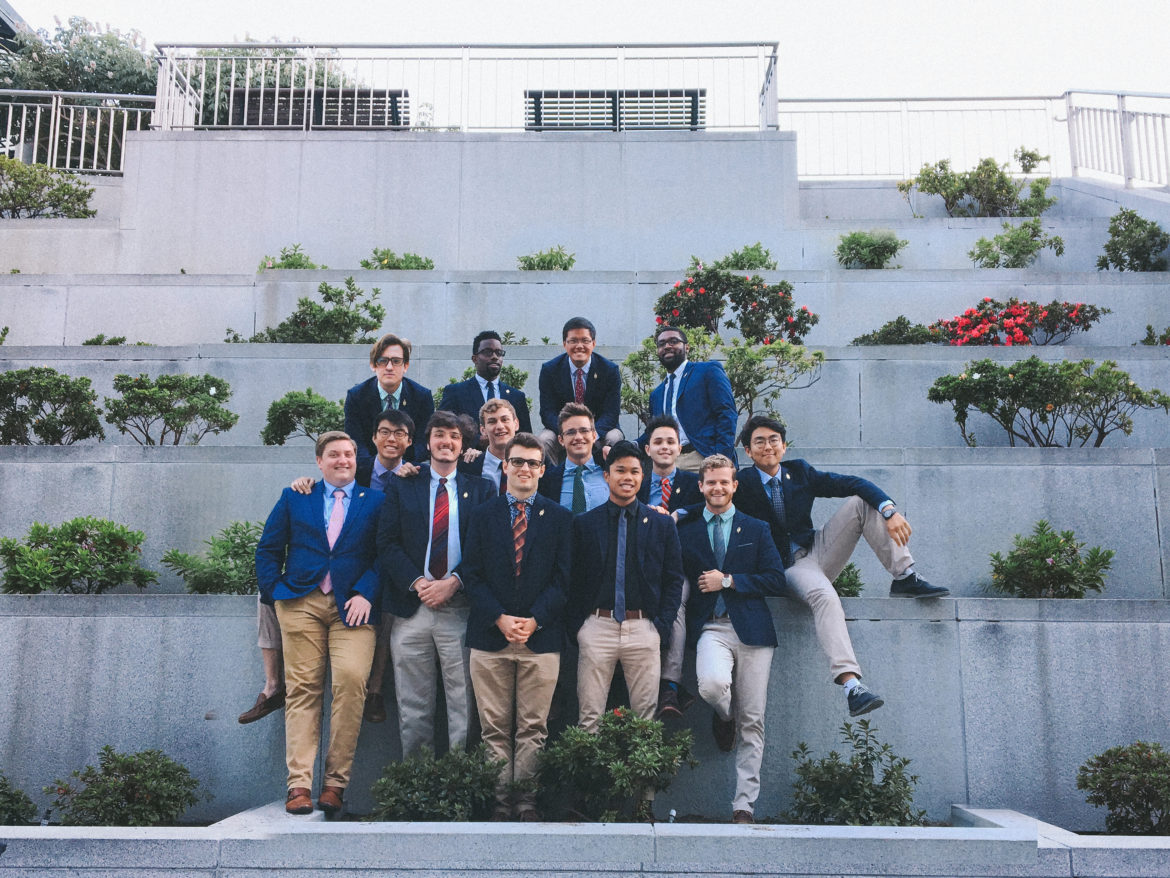 Due to inclement weather, The Jabberwocks’ a cappella performance for Sunday, January 20th has been canceled.

Darien Library will be open for our regular Sunday hours of 1 to 5 p.m. 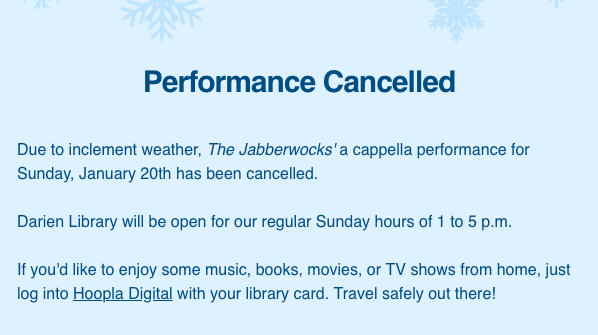 The Jabberwocks, Brown’s oldest a cappella group, are a musical touring group of international acclaim located in Providence, Rhode Island.

They’ve headlined festivals and won competitions worldwide, from Hong Kong and Holland to San Francisco and Seattle. With performances in Carnegie Hall and Lincoln Center, they’ve cemented themselves as a legitimate musical powerhouse.

With performances at Steven Tyler’s birthday and Off-Broadway Theaters, they’ve reaffirmed that they’re still just a bunch of college students having fun!

Hear their latest CARA-award-nominated work, “Taking the Fall,” on Spotify and Apple Music, and stay tuned for a new album coming soon! Listen to their music here.