The Maritime Aquarium at Norwalk is asking folks to be mindful of turtles on the move at this time of year, and only to interact with them if necessary.

“Often, upon being handled by humans or brought in to human care, turtles cannot be returned to their natural habitats,” Christie said. “We’re glad that people are concerned for the welfare of turtles as they find them, but it’s important to know what to do and what not to do.” 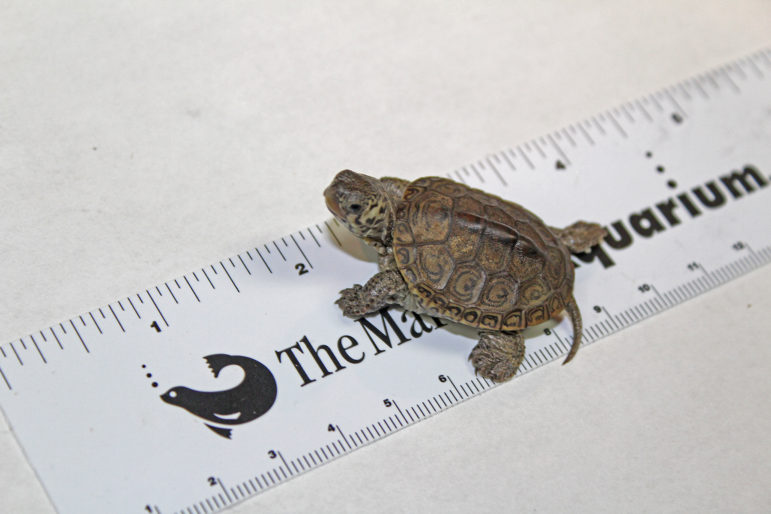 TINY. CUTE. VULNERABLE (if it’s crossing a road or if you touch it). “The only help they might need is to be safely carried across a road in the direction they were heading. But first you should make sure that you’re not putting yourself at risk by stopping on the road.”

Listed in Connecticut as a “species of special concern,” diamondback terrapins are the state’s only turtle that spend their lives in the brackish waters of Long Island Sound’s tidal rivers and marshes. Hatchlings might be encountered now heading for water, from shoreline nests.

“Hatchlings are small and adorable, but the best thing to do is to just let them be on their way,” Christie said. “The only help they might need is to be safely carried across a road in the direction they were heading. But first you should make sure that you’re not putting yourself at risk by stopping on the road.”

That advice also holds true for Connecticut’s freshwater turtles, whose females look for places on land to lay their eggs in spring. Of particular note are snapping turtles, which can deliver a powerful maiming bite. 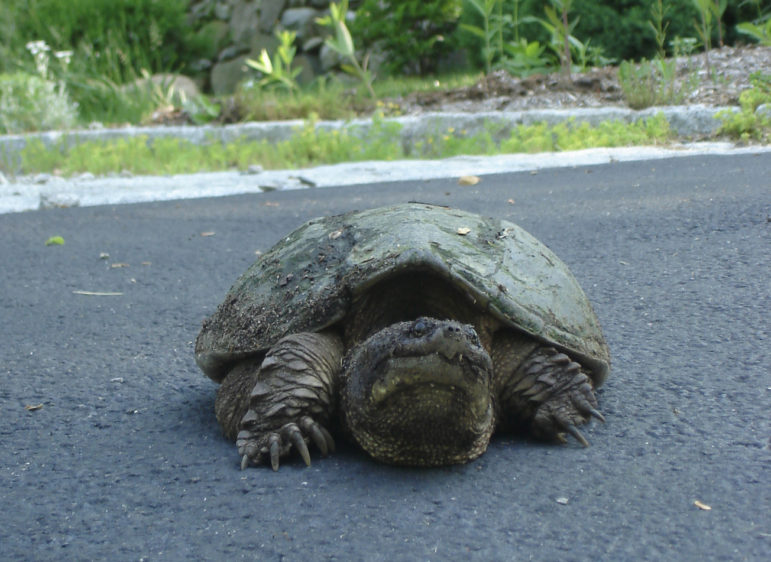 BIG. UGLY. DANGEROUS (to your fingers, anyway). ALSO VULNERABLE: A snapping turtle can be vulnerable when crossing a road. Be careful about stopping on a road. Don’t get killed if you stop on the road to help, and keep your fingers well away from it (their necks are longer than you might think).

“If you come across a snapping turtle on a road, do not try to pick it up,” Christie said. “Even if you think your hands are safely out of its reach, snapping turtles’ necks can extend much further than you expect. The best thing to do is find a long stick to nudge it across the road in the direction it was facing.”

Of course the best place to see some of Connecticut’s turtles is the Maritime Aquarium at Norwalk, which displays diamondback terrapins, spotted turtles, painted turtles and Eastern box turtles. Sea turtles on exhibit are one loggerhead and two green sea turtles.

(The hatchling terrapin will not be displayed at the Aquarium. The Connecticut Department of Energy & Environmental Protection is seeking a permitted organization to accept it and provide proper care.)

You can learn more about exhibits, programs, IMAX movies and more in the popular family attraction at the Maritime Aquarium website.