Ignatius Charles Rinaldi, known as Charles and a resident of Darien, passed away on Tuesday, May 14, 2019 in New York City. He was 76. 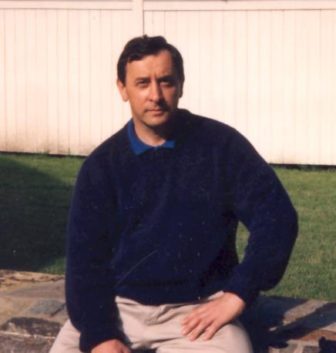 Ignatius Charles Rinaldi, 76, passed away on May 14. His funeral will be on Saturday, June 8.

Born on Sept. 3, 1942 in Springfield, Massachusetts, he was the son of the late Angelo and Anna Rinaldi.

Charles received an AB from Saint Michael’s College and a MBA from Babson College. He worked at Merrill Lynch Capital Markets, Glickenhaus and Company, Mutual of America Capital Management Corporation, Strong Capital Management, Wells Capital Management and various other investment firms. He was a member of CFA Institute and the New York Society of Security Analysts.

He also took numerous trips with his family, both domestically and internationally. Domestic trips were to California, Florida and Colorado. International trips were to Europe, the Caribbean, Mexico and Canada. In his later years, he enjoyed swimming and watching movies. He regularly attended Mass at St. Thomas More Roman Catholic Church.

Charles is survived by his wife, Lois Ann Rinaldi; a son, Marc Rinaldi of Greenwich; and a daughter, Amy Rinaldi of Darien.